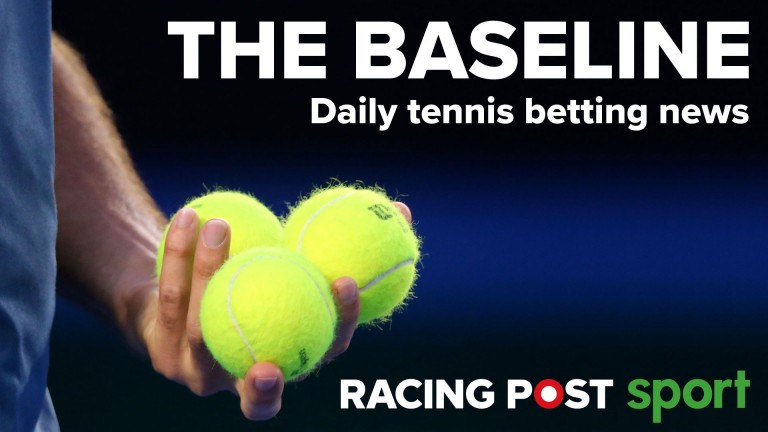 Rafael Nadal was slashed to 5-2 second favourite to nail a second Australian Open singles crown after he dismantled Tomas Berdych in straight sets in the fourth round and Roger Federer was sent packing by Greek starlet Stefanos Tsitsipas.

Berdych had started the campaign well but the Czech had no answer to Nadal's power as the Spaniard triumphed 6-0 6-1 7-6 to set up a quarter-final clash with Grigor Dimitrov's conqueror Frances Tiafoe.

Nadal's route to the final was made easier when Federer fell 6-7 7-6 7-5 7-6 to Tsitsipas, who claimed the biggest match victory of his short career.

Novak Djokovic has gone odds-on to land a seventh Aussie Open singles win, but Nadal looks to be playing well enough to cause problems for the Serb this year should they meet in the final.

Shocks of the day

Roger Federer was the biggest name to fall at the end of week one. His draw had looked easier than his fellow luminaries at the outset but the 37-year-old Swiss, who was chasing a third successive title in the first major of the year, failed to survive his first tough test at Melbourne Park.

Afterwards, Federer announced that he would be competing in the clay season this year after missing the last two slow-court campaigns. He's a 33-1 chance to win a second French Open crown.

In the women's singles, second seed Angelique Kerber won just two games in a 6-0 6-2 humbling at the hands of fired-up Danielle Collins.

It was a seismic turnaround given that the American had lost 6-1 6-1 to the German on grass in Eastbourne last summer.

Maria Sharapova used to win a high percentage of three-set matches prior to her drugs ban, but the Siberian was second best in a 4-6 6-1 6-4 loss to Australian number one Ashleigh Barty.

Danielle Collins first showed her determination on the path to reaching the semi-finals in Miami last March, when CoCo Vandeweghe, Donna Vekic, Monica Puig and Venus Williams all fell to the passionate Floridian.

She failed to emulate that effort but this Melbourne run suggests anyone who comes up against Collins in week two should be on their guard.

Collins was chopped to 28-1 to go all the way after knocking out second seed Kerber and there could be more to come.

FIRST PUBLISHED 1:04PM, JAN 20 2019
Federer announced that he would be competing in the clay season this year after missing the last two slow-court campaigns