Australian Open 2019: Andy Murray may have played his final match 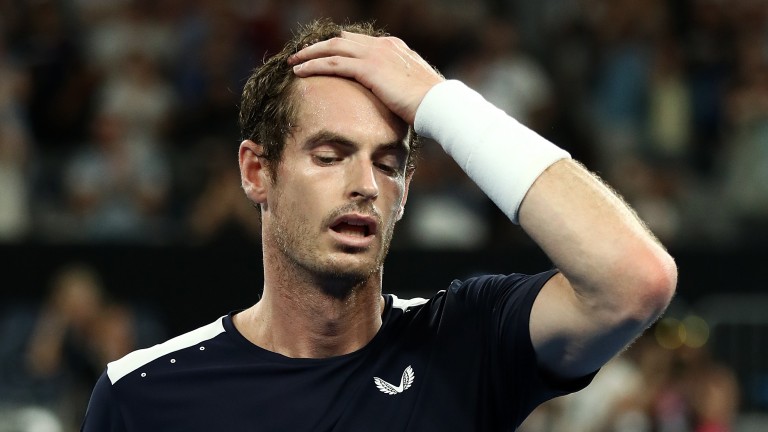 Andy Murray is 16-1 to win Wimbledon after acknowledging following his Australian Open first-round defeat to Roberto Bautista Agut that he is likely to need a hip resurfacing operation if he is to carry on competing after the London major this summer.

Murray was a gallant 6-4 6-4 6-7 6-7 6-2 loser to the Spanish 22nd seed on day one at Melbourne Park in what could be his last match, and the Scot will decide in the coming days whether to have a second hip surgery or to finish his career in Victoria.

If he is to play beyond Wimbledon a resurfacing operation could give him another chance to extend his career, but it could also finish it for good.

If he decides not to have the operation he aims to play in the short grass season, finishing off at Wimbledon.

Coral and Ladbrokes lengthened their odds of former world number one Murray winning a third Wimbledon crown from 7-1 to 10-1, although there are bigger prices elsewhere.

Murray, gave an emotional on-court interview after his defeat, but suggested that there was still a chance he could return to Melbourne.

"If this was my last match, it was an amazing way to end," he said.

"Maybe I'll see you again. I'll do everything possible to try. If I want to go again, I'll need to have a big operation, which there's no guarantee I'll be able to come back from anyway, but I'll give it my best shot."