Rugby Championship | All Blacks can rediscover hot form against Wallabies 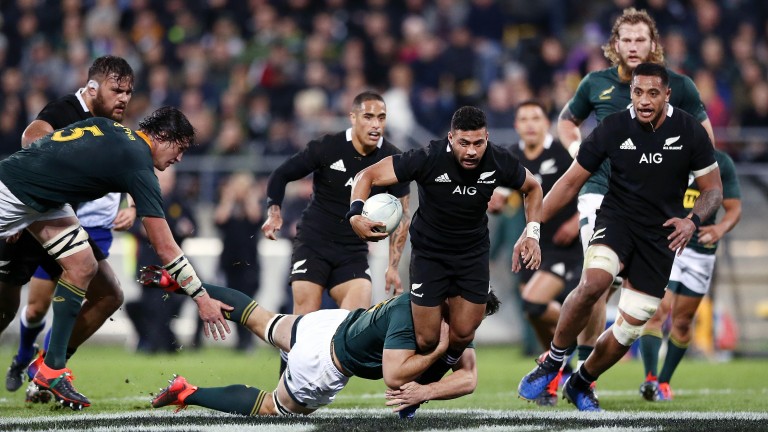 A narrow victory in Argentina and a draw at home to South Africa have raised questions over the All Blacks’ position as solid Rugby World Cup favourites and the pressure is on them to raise their game for the Bledisloe Cup showdown against rivals Australia.

After a disappointing start to the Rugby Championship and a heavy defeat in South Africa, the Wallabies got back on the winning trail against Argentina a fortnight ago, when their much-criticised set-piece took a huge step up to dominate the game.

But taking on the All Blacks and their huge range of attacking talent is a different proposition and an Australia side still looking to find their shape behind the scrum may struggle to hold out.

Defences have been on top in this tournament and New Zealand have been far from their dazzling best with ball in hand, a continuation from their autumn campaign.

In their final two Tests of 2018 the All Blacks scored just one try in a 16-15 victory over England and 16-9 defeat in Ireland.

They opened their 2019 campaign with two tries in a hard-fought victory in Argentina but were again held to just one by a physical South Africa defence in their latest outing.

Those figures could be significant for a New Zealand side who have rewritten the World Cup playbook in recent years, with their emphasis on attack and scoring tries after years of dominant defences.

But the All Blacks were hampered last time out as they had to adjust to a new playmaking combination with Richie Mo’unga at fly-half and Beauden Barrett moving to full-back. Both players admitted there were times against the Springboks when their fluency was affected as they adjusted to the roles but they should gel more quickly in Perth and get their strike runners moving.

And Australia do not look to represent as significant a defensive obstacle as the Pumas and Boks proved last month. Head coach Michael Cheika has shuffled his backline again with James O’Connor making his first Test start since 2013 at number 13 and the creative All Blacks are likely to find some holes.

It should prove a comfortable victory for New Zealand and lining up at full-back could give the free-scoring Barrett more space to make an impact on the scoresheet. Barrett has 32 tries to his name from 75 Tests, mostly from fly-half, and may find more freedom to pop up at key moments.