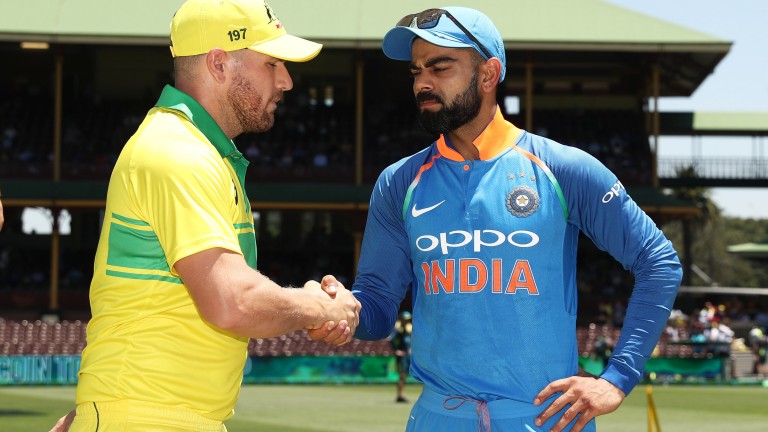 India scored a famous victory over Australia in the Test series but they were brought back down to earth with a bump in Sydney as the hosts ran out easy winners in the first of three one-day internationals.

India were reduced to 4-3 chasing 289 at the SCG and never looked like reaching the target despite a sublime 133 from Rohit Sharma. The tourists remain a dangerous side in all forms of the game, however, and are favourites to level up at the Adelaide Oval.

Virat Kohli has been kept relatively quiet by his own high standards in Australia, striking one century in the four-match Test series and being dismissed for just three runs on Saturday as young quick bowler Jhye Richardson ran riot with the ball.

But the India skipper remains the best batsman in the world in 50-over cricket and he should lead by example at a ground where the 30-year-old struck 107 to help his side to victory over Pakistan in the 2015 World Cup.

Kohli averaged a colossal 133 in ODIs in 2018 and one poor performance does not justify odds of 5-2 about him scoring the most runs for the tourists.