Australia fired up to push All Blacks in Brisbane

New Zealand have one eye on November Tests 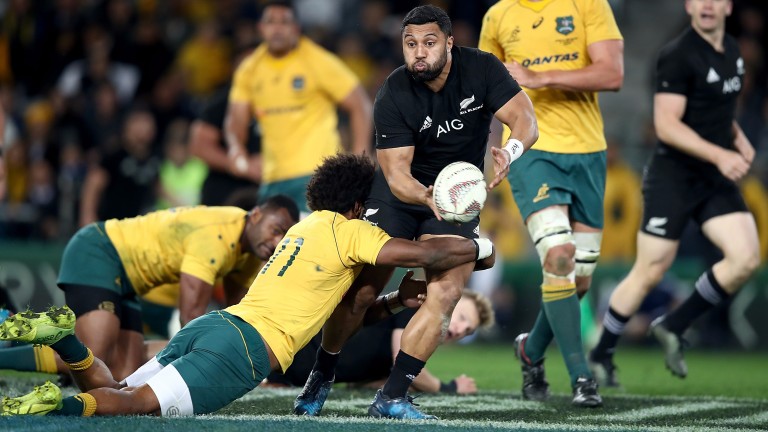 Australia started their Rugby Championship campaign with a humbling 54-34 defeat to New Zealand that was far more convincing than the scoreline suggests.

But they bounced back to go toe-to-toe with the All Blacks the following week, leading 17-0 at one stage and still had a one-point advantage with a minute to go before shipping a last-gasp try.

And they can build on that performance plus their hard-fought battles with South Africa and wins over Argentina by taking the fight to their fierce trans-Tasman rivals in a city where they have traditionally fared well.

The Wallabies have won just two of the last 12 clashes with New Zealand in Brisbane - a run stretching back to 1968 - but there have been a remarkable three draws and no match has been settled by a scoreline of more than seven points.

The timing of the fixture also bodes well for a strong Wallaby performance.

With November Tests on the horizon - New Zealand take on France, Scotland and Wales - there may be a drop in intensity from the visitors while Australia should be fired up on home soil after the stinging criticism they received after their heavy defeat in August.

Hansen has also shuffled his front row, with the relatively inexperienced Kane Hames and Nepo Laulala starting either side of explosive hooker Dane Coles.

History and form favour New Zealand, who last lost to Australia in 2015 and have suffered just two reverses in 32 Tests since, against Ireland in Chicago and to the British & Irish Lions this summer.

The All Blacks are 1-4 to chalk up another success but Australia can have a say and are worth backing to stay within a 13-point handicap.