Brazil boss will want reaction to 1-0 defeat by Argentina 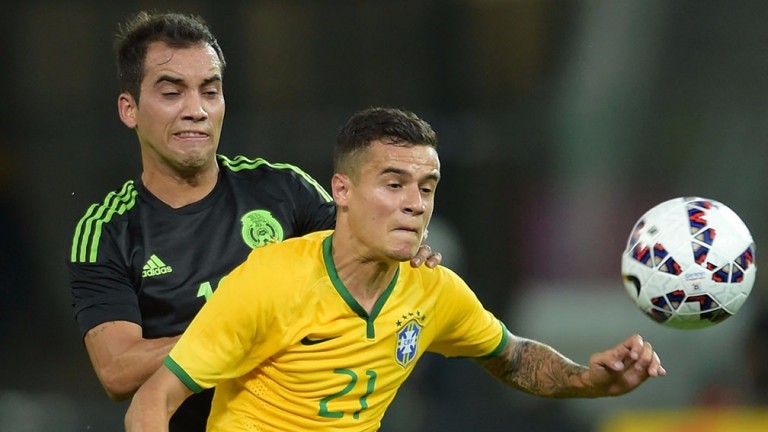 Liverpool’s Philippe Coutinho is part of a strong Brazil side
Getty Images
1 of 1
By Steve Davies 7:58PM, JUN 12 2017

It’s a showcase international for the Socceroos, but with their focus on next week’s Confederations Cup expect a strong Brazil to take the spoils at the MCG.

The Aussies fly to Russia on Thursday and that means boss Ange Postecoglou will be keen to see some of his squad players in action, among them 37-year-old former Everton favourite Tim Cahill.

Several first-teamers, who helped Australia to a crucial 3-2 World Cup qualifying win against Saudi Arabia in Adelaide on Friday, will be rested.

And even though they are unbeaten in eight internationals, it’s hard not to fancy the Selecao, though 8-15 is short enough given that it’s a friendly.

Given that the Australians are being reshuffled, a braver bet may be to take the Brazilians to get ahead early and stay in front to the end.
Brazil boss Tite will want a reaction following their 1-0 defeat by Argentina in Melbourne on Friday. It was a match in which Gabriel Jesus broke an eye socket and therefore joins the likes of Neymar, Roberto Firmino and Marcelo on the sidelines.

But Tite still has a world-class squad to pick from with the likes of David Luiz, Willian, Thiago Silva and Philippe Coutinho all set to feature.

Brazil had won nine internationals in a row prior to their defeat by the Argentinians, seven of which were to nil. A Brazil win to nil is a 7-4 chance. They’ve only conceded five goals in their last 14 matches and never more than one goal in a game.