Aussie ace is in a rich vein of form 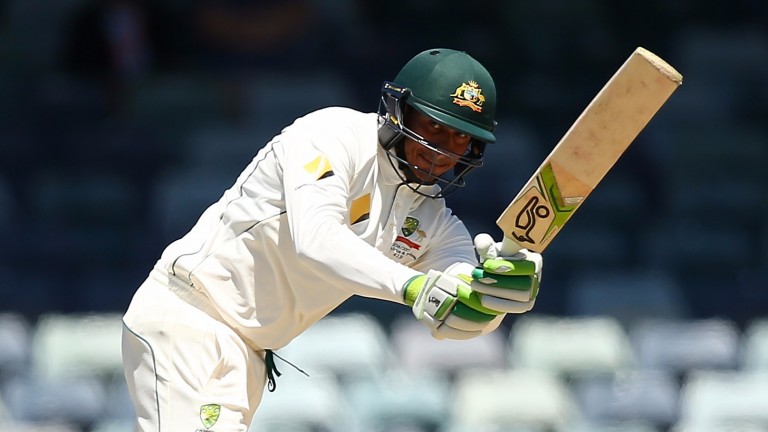 Having being outclassed by South Africa last month, Australia’s rebuilding phase begins in earnest as they take on Pakistan in a day-night Test at the Gabba.

Australia made sweeping changes in the wake of a humbling innings-defeat by the Proteas in Hobart and while bookmakers expect them to build on their final Test win in Adelaide, it’s difficult to advocate backing them at short series odds in the midst of a major overhaul.

Pakistan have shown throughout 2016 they have the ability to beat any side in the world on their day but they have a wretched record down under – losing 11 of their last 12 Tests – so it is no surprise to see them dismissed as 8-1 series outsiders and a 5-1 shot for the first Test. Australia are 4-11 to land the first blow in Brisbane.

Despite their chastening experience against South Africa, the form of Usman Khawaja was one of a small number of positives for the Aussies.

Khawaja, who will line up against the country of his birth for the first time tomorrow, hit two fifties and a commanding 145 in the third-Test win in Adelaide having been promoted to open the batting after Joe Burns was discarded.

The 29-year-old has enjoyed a fine domestic summer for Queensland too, compiling 432 runs in six innings – including two tons and two half-centuries.

Composed Khawaja is exactly the calming influence that Australia require at the top of the order and his calculated method should see him have another fruitful series.

Betfred’s 4-1 that he tops Australia’s series runscoring charts merits an interest and he should also be able to make a fast start in Brisbane. Ladbrokes’ first-innings runs line of 30.5 is well within his scope.