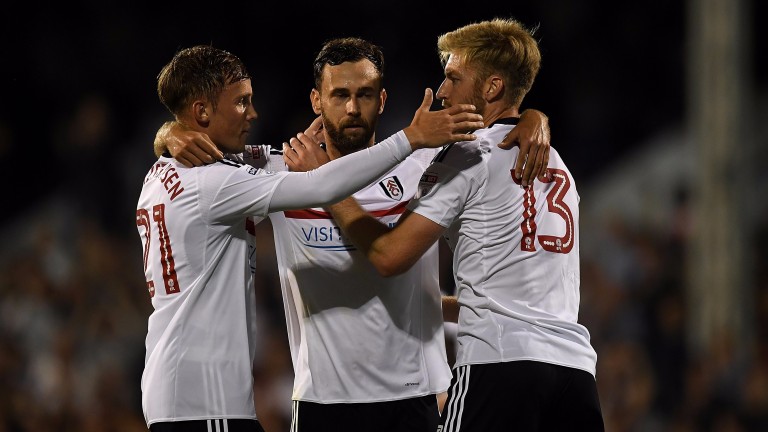 Reading fans are making a big play of the fact that the Royals have lost just twice at home all season, but Fulham’s road record is pretty impressive as well and they have the tools to triumph at the Madejski Stadium and make the Sky Bet Championship playoff final.

Fulham have won five of their last six away matches – four of those successes were at Newcastle, Norwich, Huddersfield and Sheffield Wednesday – and were the division’s top away goalscorers by some distance.

They’ll be a tad disappointed to have only drawn the first leg at Craven Cottage on Saturday 1-1 but their record on the road suggests they can pull this off.

In fact, the first leg ended pretty well for the Cottagers with Paul McShane getting sent off and Reading are going to miss their captain.

Jaap Stam has chopped and changed between a two and a three at the back throughout the season but with McShane missing he may have to opt for the two in a flat back four.

That may just give the Londoners a chance to flex their speedy muscles out wide and someone like Ryan Fredericks then becomes a massive player.

So too does Tom Cairney, Fulham’s ace number ten.

Well shackled by Reading on Saturday, Cairney might get more space at the Madejski and a player with 12 goals and 11 assists to his name could be a major threat.

No one quite knows what Stam has up his sleeve tactically – he has played eight different systems this term – and that element of surprise could be a plus.

What Stam does know is that Fulham have explosive talent around the park and goals from all areas, and the ex-Manchester United centre-back is actually in quite an awkward position knowing what approach to take.

They’ve won eight and drawn two of their last ten at the Madejski and beat Fulham 1-0 at home in January, a month after being battered 5-0 at Craven Cottage.

You’d expect goals and history says there will be. You have to go back to the 2008-09 playoffs for the last time that either second leg produced under two goals. Over 2.5 is a 5-6 chances.

If there are goals Fulham seem the likelier to score them – they were five points behind Reading in the final league table having scored 17 goals more and have scored at least two in seven of their last eight away.

Fulham
Defenders Michael Madi and Ragnar Sigurdsson are still out.

Key stat
Both teams have scored in 14 of Fulham’s last 15 matches.