ATP & WTA tournament previews, tips betting and where to watch 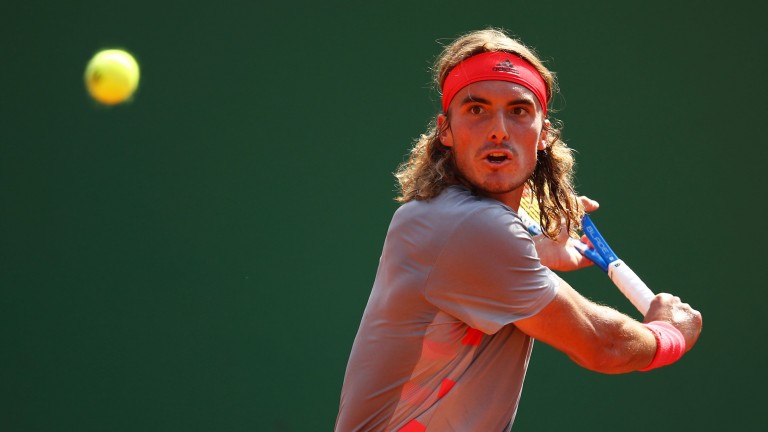 Tournaments provisionally due to start Monday

All of a sudden there is hope for the Barcelona Open field with Rafael Nadal’s semi-final tonking at the hands of Fabio Fognini in the Monte Carlo Masters on Saturday, but oddsmakers still reckon the Pearl of Manacor will bounce back to title-winning form in the Godo.

Still, the fact that world number two Nadal, who is trying for a 12th singles crown in Barcelona, came up short in Monaco suggests others in Catalonia may have slightly more chance of coming through.

Sixteen players receive first-round byes, but only two have breached Nadal’s fine record in this event – Kei Nishikori, in 2014 and 2015 during the Majorcan’s wilderness years, and Fernando Verdasco in 2010.

Stefanos Tsitsipas, who took in-form Daniil Medvedev to a deciding set in Monaco last week, could be worth an interest in Barcelona.

The Greek, beaten by Nadal in last year’s final, did not drop a set on the way and numbered Diego Schwartzman, Albert Ramos-Vinolas, Dominic Thiem and Pablo Carreno Busta among his victims.

That was a terrific run of victories and if the fire is still burning in his belly and Nadal does have a problem, Tsitsipas could be the one to profit.

Even though he has requested a wildcard entry into the Hungarian Open, Marin Cilic looks a vulnerable top seed in Budapest, but it’s difficult to predict what second seed Borna Coric will want to glean from his week.

Coric is certainly good enough to go all the way and given that there are no key tournaments next week, the Croatian number two could easily be keen to add another ATP 250 title to his portfolio.

Marco Cecchinato and Nikoloz Basilashvili, who also benefit from first-round byes, are good enough to figure so those outside the top-ranked quartet may have to dig deep in Hungary.

Fifth seed Laslo Djere went all the way in Rio de Janeiro in February and merits serious respect, but he was outplayed by Lorenzo Sonego in Marrakech.

Pablo Cuevas is the most natural clay-courter in the field but the seasoned Uruguayan does not look to be at his best this season, so it could pay to stick with likeliest victor Coric.

There’s a stellar line-up in the Porsche Grand Prix with six of the world’s top seven players in action on Stuttgart’s indoor clay.

Naomi Osaka tops the bill but there are still questions surrounding the world number one’s prowess on the slow courts.

Fourth seed Karolina Pliskova, one of four players to receive first-round byes, defends her title and third seed Petra Kvitova is ploughing on in her attempt to head the rankings.

However, the one they may all have to stop is second seed Simona Halep. The Romanian was busy in Fed Cup action at the weekend and her game looked in top shape.

She may face either Kiki Bertens or Belinda Bencic in the last eight but while the Dutchwoman is respected, Bencic does not look as comfortable or focused on clay as on hard courts.

Angelique Kerber bids to add to her 2015 and 2016 Stuttgart titles, while 2011 champ Julia Goerges and 2017 heroine Laura Siegemund are chasing second singles crowns in Baden-Wurttemberg.

Pauline Parmentier returns to Turkey to defend her Istanbul Cup title, but the experienced Frenchwoman will do well to stage a repeat on the clay.

It’s a long time since Carla Suarez Navarro topped the seedings and the Spaniard tends to do her best work on hard courts these days.

In a competitive heat, an interest at a big price on hugely talented Anastasia Potapova, who is set to open against a qualifier, could be worthwhile.