ATP & WTA Finals predictions and tennis betting tips: Rublev up against it

Stefanos Tsitsipas can heap the misery on his Russian opponent 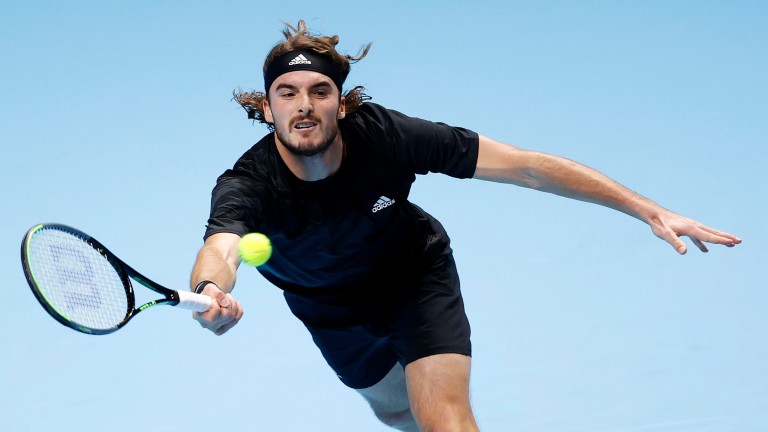 Stefanos Tsitsipas should be too strong for an out-of-sorts Andrey Rublev
Getty Images
1 of 1
By Aaron Ashley 4:50PM, NOV 14 2021

ATP World Tour Finals favourite Novak Djokovic is expected to make light work of Casper Ruud in his Green Group opener, but a more competitive contest is on the cards when Stefanos Tsitsipas locks horns with Andrey Rublev.

Neither player is operating anywhere near their optimum level but Tsitsipas, who landed the season-ending tournament in London two years ago, makes greater appeal and could be value at a shade of odds-on.

The world number four retired early with an arm injury during his Paris Masters second-round match with Alexei Popyrin in order to protect himself for the end-of-year extravaganza, and recent reports suggest he is recovering well.

If that is the case, then the Greek star should take all the beating given Rublev’s recent dip in form.

The Russian has lost five of his last seven matches and his last two appearances have resulted in straight-set defeats against Botic van de Zandschulp and Taylor Fritz.

Tsitsipas is a class above those opponents so really ought to win provided he is over his injury.

The WTA Finals in Guadalajara is also heating up and rising Spanish star Paula Badosa should be able to claim top spot in her group with victory over Iga Swiatek, although quotes of 4-7 are probably short enough.