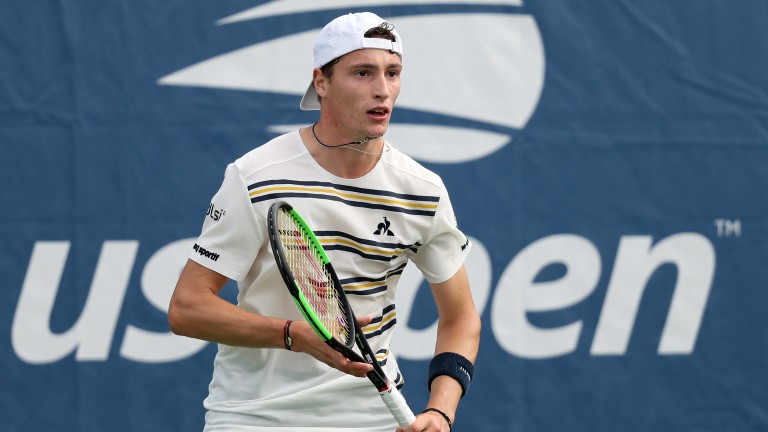 Ugo Humbert won the Istanbul Challenge in good style last week and could kick on in France
Matthew Stockman
1 of 1
By Adrian Humphries UPDATED 5:39PM, SEP 16 2019

The Italians are out in force in the ATP St Petersburg Open with five players in the main draw possibly rising to six when the qualifiers are added.

Take away Fabio Fognini's majestic Monte Carlo Masters triumph and the best Italian player this year has been Matteo Berrettini.

The US Open semi-finalist, champion in Budapest and Stuttgart this year, has been handed a good draw in Russia's second city and, after a first-round bye, there looks nobody to stop him reaching the semi-finals.

Flushing Meadows finalist Daniil Medvedev has to be the favourite but neither he, Karen Khachanov nor Borna Coric are certain to star and Berrettini's big danger may be Andrey Rublev.

As ever a France tournament is packed out with home players and with six of the ten Frenchmen placed in the top half of the draw it could pay to consider the four in the bottom half.

Of those, fourth seed Lucas Pouille and doubles ace Pierre-Hugues Herbert have not been up to much in singles, while Jo-Wilfried Tsonga's season has gone quiet after a strong start.

That leaves Ugo Humbert and with the top three seeds in the bottom half – Nikoloz Basil­ash­vili, Pouille and Fernando Verdasco – looking potentially vulnerable it could pay to back the 21-year-old Metz native.

Humbert won the Istanbul Chal­l­enger title in fine style last week and could kick on.

Elina Svitolina, who played so well in the US Open before running into Serena Williams, is the big name in action in the Guangzhou Open this week but it can be difficult to tell which of the star turns is most determined to claim the trophy.

Katerina Siniakova is making gradual strides, has gone well in the Far East and may shine.