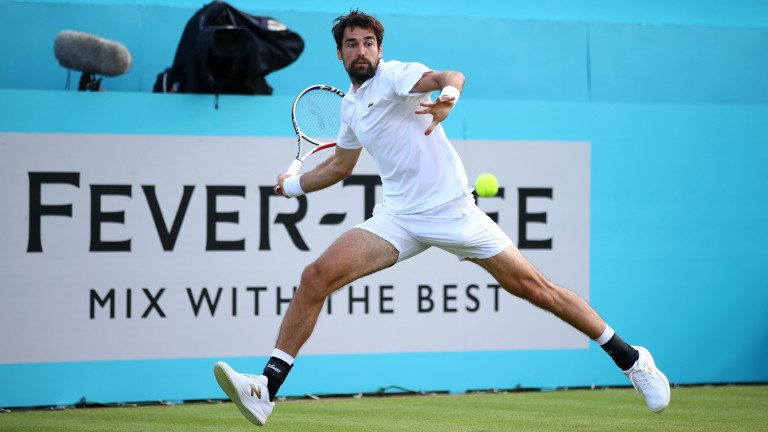 Jeremy Chardy has been punching above his weight in Bastad this week and the Frenchman can progress to the semi-finals of the Swedish Open at the expense of Nicolas Jarry.

Fifth-seed Jarry has yet to drop a set in the tournament, but was made to battle in the first round to see off 97th-ranked Henri Laaksonen in an hour and three-quarters.

He also had his serve broken twice by his second-round opponent Mikael Ymer before coming through 7-5 6-3.

World number 53 Jarry is ranked 28 places higher than Chardy, but the Frenchman won their only meeting, on the hard courts of Miami in March, and looks a worthy favourite.

A Wimbledon semi-finalist last year, John Isner fell in the second round in London this time, but the big-serving American may have more joy as he chases a fourth Newport title.

Isner missed three months after breaking his foot in the Miami final against Roger Federer and should get stronger as he plays more.

He dropped a set in a tie-break against Kamil Majchrzak in his first match but he may have an easier time against Mathew Ebden.

Isner has won four of his five meetings with the Australian and has not lost a set to Ebden in their two clashes on grass. One of those was in this tournament two years ago.