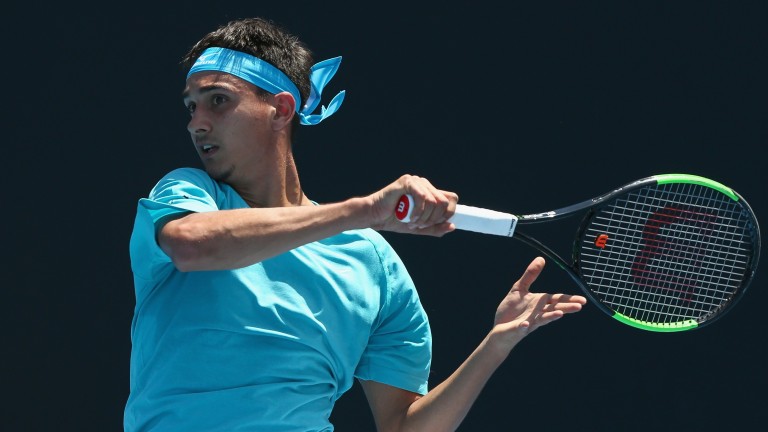 Lorenzo Sonego has made a seriously good impression in the main-tour ranks this year
Mike Owen
1 of 1
By Adrian Humphries 8:00PM, APR 17 2019

Amazon Prime, from 10am Thursday

Lorenzo Sonego is making a big impression on clay courts and the Italian qualifier looks worth supporting in his Monte Carlo Masters third-round clash with Britain's Cameron Norrie.

Sonego, the latest in a long line of Italians to shine in the principality, has fully deserved his berth in the last 16 following straight-sets victories over Andreas Seppi and Karen Khachanov.

Norrie battles well on clay, but the Joburg-born left-hander has fared much better on hard courts than on the slow red terrain.

Italian aces Paolo Lorenzi, Seppi and Fabio Fognini aren't going to be competing for many more years and Sonego, 23, looks a positive addition to the country's ranks.

Anyone concerned about the fact that Sonego may have played too much tennis after coming through qualifying should know that after defeating Yoshihito Nishioka in the first of the early rounds, he then walked over against Marco Trungelliti to earn his main-draw spot.

Top seed Novak Djokovic is a warm order to end the hopes of Taylor Fritz. But while the Serb will probably post a comfortable victory, it shouldn’t be forgotten that the American has the weapons to become one a top player so favour­ite backers should take care.