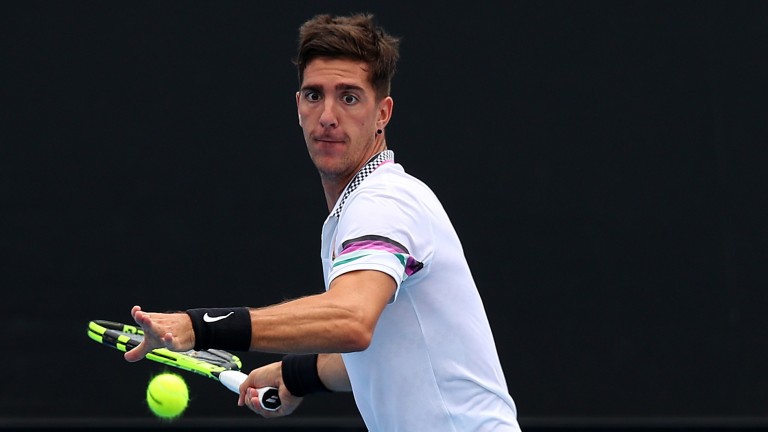 Thanasi Kokkinakis could be fit and firing in Mexico this week
Graham Denholm
1 of 1
By Adrian Humphries 5:18PM, JUL 30 2019

ATP Los Cabos
From 2am Thursday

There is little for punters to get their teeth into on day three of this week's ATP and WTA action, but it could be worth chancing Thanasi Kokkinakis winning at least one more match in the Mexican Open in Los Cabos.

Kokkinakis is clearly a fragile performer. Injury issues mean he doesn't compete as often as many of his fellow professionals and he has yet to get to grip with the fitness demands of Grand Slam tennis.

But Kokkinakis is also a seriously talented performer who could be capable of great things if he could improve his wellbeing and the planets aligned.

The Australian opened his account on the Baja California peninsula with a 6-4 6-4 victory over Maxime Janvier and Kokki­nakis could offer a tad of value to follow up against Lucas Pouille.

French number two Pouille started the year on the front foot when reaching the semi-finals of the Australian Open, but things have since gone a bit flat for him.

The odds suggests bookmakers reckon Kokkinakis has a chance to progress in Mexico and it may be wise to heed their beliefs.

For eight minutes on Tuesday morning Betfair Sportsbook were quoting 4-6 about there being at least one tiebreak in the Citi Open second-round clash between John Isner and Hubert Hurkacz in Washing­ton DC before cutting their odds to 3-10 – Coral and Ladbrokes go 2-9.

It is to be hoped that Betfair honour quick-thinking punters who took those early tiebreak odds. The firm have recently apologised to clients for what they insist are palpable errors when issuing numerous overblown three-figure prices on outsiders in outright markets and settling at prices in line with rival firms without offering value-seeking punters refund opportunities.