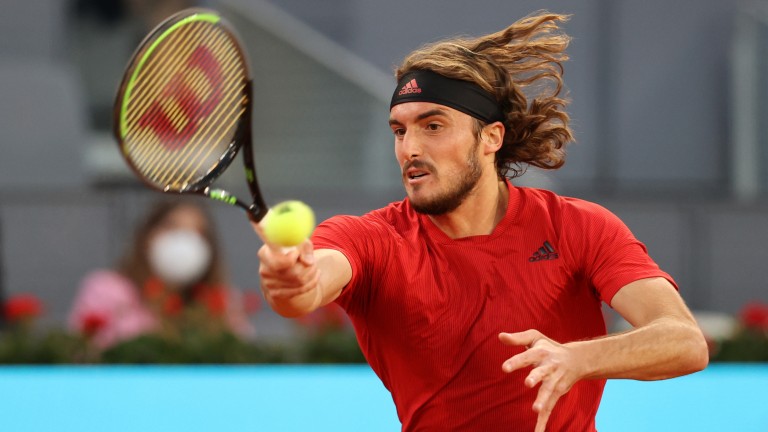 Monte Carlo Masters champion Stefanos Tsitsipas could fare better in Rome than he did in Madrid last week
Clive Brunskill
1 of 1
By Adrian Humphries 5:00PM, MAY 8 2021

Free tennis tips, best bets and analysis for the ATP Italian International, which starts in Rome on Sunday.

Rafael Nadal is unsurprisingly a hot favourite to bounce back to title-winning form in the Italian International in Rome, where he is chasing a tenth triumph.

The Spaniard is the man to beat and is likely to be more of a force in the Italian capital than he was last week in his homeland capital, where he fell to Alexander Zverev in straight sets in the last eight.

Nadal is much more at home in the natural ampitheatres at the Foro Italico, although the market leader has been placed in a tough quarter and may have to deny Jannik Sinner, Casper Ruud and Zverev just to make the last four.

However, while Sinner gave Nadal a terrific test in last year's French Open, the Majorcan's toughest battle may come in the semi-finals against Diego Schwartzman, who often digs deep in Rome, and that potential rumble alone means the serial champion is hard to support, even at a shade of odds-against.

Top seed and defending champion Novak Djokovic can be considered in his pursuit of a sixth Rome crown. But the Serb does not appear to be on top of his game on clay yet and, instead, it could be worth chancing Stefanos Tsitsipas to come up trumps in Italy's premier ATP tournament for the first time.

The Greek has been showing that he may be Nadal's chief rival on clay before long and even if Schwartzman was to play and upset Nadal, the Argentinian could still find Tsitsipas trouble were they to contest the final.