Refreshed Matteo Berrettini can make the most of home advantage 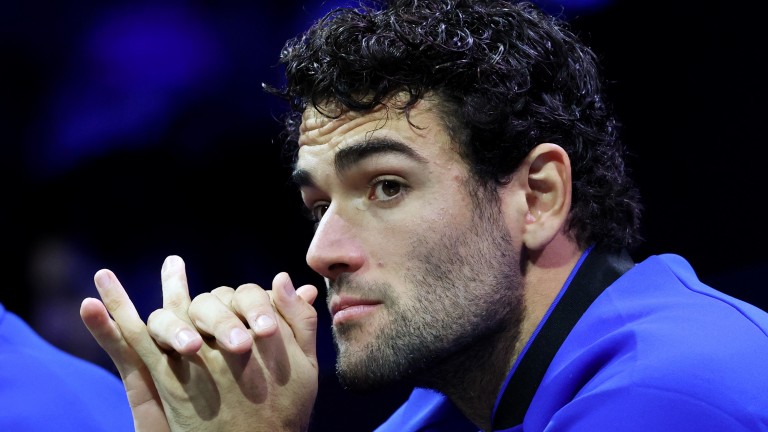 The ATP Tour heads to Florence to stage the Firenze Open for the first time since 1994 and it has attracted a decent field with Felix Auger-Aliassime and home favourite Matteo Berrettini headlining a competitive 28-runner event.

Nobody will be more determined to claim silverware on home turf than Italian number two Berrettini and the draw has been kinder to him than it has to top seed Auger-Aliassime.

Both players receive a first-round bye but while second seed Berrettini is likely to open up against Roberto Carballes Baena, the Canadian may be tasked with a tricky opener against Marton Fucsovics.

Talented Americans Brandon Nakashima and Jenson Brooksby, plus David Goffin and Lorenzo Musetti, are also housed in the top half alongside Auger-Aliassime meaning he is going to have to be fully focused from the off.

But the world number 13 was a first-round casualty to Roberto Bautista Agut in Astana last week so there must be some concerns surrounding his well-being.

Berrettini’s route to the final looks far easier with his biggest test likely to come from either Maxime Cressy or Alexander Bublik in the last four, and he arrives fresh having played just one competitive match since the US Open.

The Italian showed himself to be in decent nick on that occasion when beating Auger-Aliassime at the Laver Cup at the end of September and can justify favouritism in Florence.

There is another warm ATP 250 event taking place in Gijon, where Andrey Rublev is market leader after his semi-final run in Astana last week.

Rublev was eventually beaten by Stefanos Tsitsipas and won’t find the opposition in north-western Spain anywhere near as tough, but the quick turnaround may still leave him vulnerable.

With second-quarter seeds Albert Ramos-Vinolas and Francisco Cerundolo struggling for form that looks the area to target and Marcos Giron is the player taken to capitalise.

The American is a prolific winner on the Challenger Tour and should be full of confidence having reached his maiden ATP Tour final in San Diego two weeks ago.

Giron finished runner-up to compatriot Nakashima on that occasion but withdrew from the Korea Open last week so looks capable of building on that effort. At 20-1, he rates as a lively outsider providing he comes through his opening game with Ramos-Vinolas.