Benoit Paire has to be considered for victory 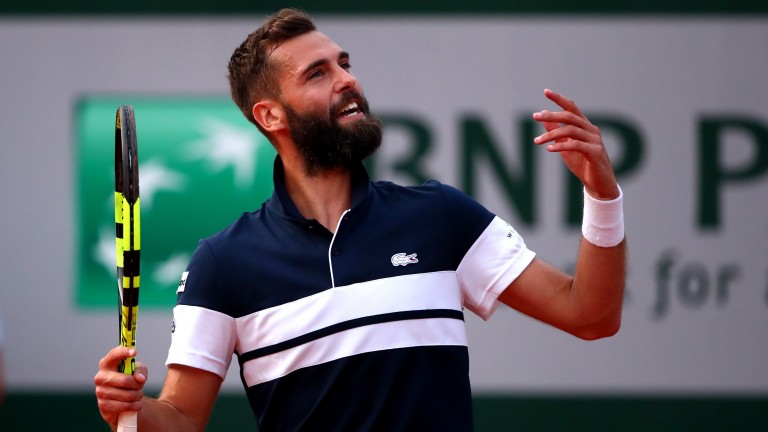 France's group-stage exit at the ATP Cup was not the fault of Benoit Paire, who won two of his three singles matches and is playing well enough to contend at the ASB Classic in Auckland.

Paire turned 30 in May but seems to be getting better with age.

Last year he increased his tally of singles titles from one to three with victories in Marrakech and Lyon.

Both of those successes were on clay but he showed his hard-court prowess with a run to the final at Winston-Salem in August and showed up well at the ATP Cup – defeating Nicolas Jarry and Dusan Lajovic - before losing a tight match to big-serving South African Kevin Anderson.

Paire has never won a hard-court event but is playing well on the surface and has a decent draw in Auckland, where he does not have to face a top-40 ranked player until the quarter-finals.

Karen Khachanov looks the biggest obstacle to Paire in the top half.

Khachanov won four of five matches at the ATP Cup, helping Russia reach the semi-finals, but he hasn't got past the quarter-finals in his last four singles events.

Top seed Fabio Fognini is also in the top half but looks hard to fancy after his mixed performances for Italy at the ATP Cup.

He lost two of three matches, including a 6-2 6-2 reverse to rising Norwegian star Casper Ruud.

This season could be a breakthrough year for Ruud, who has sufficient talent climb to way beyond his present ranking of 53.

Ruud caught the eye with his run to last year's French Open third round – defeating powerful pair Ernests Gulbis and Matteo Berrettini – and looks ready to be competitive on a more consistent basis.