Visitors can net vital away goal in Madrid derby 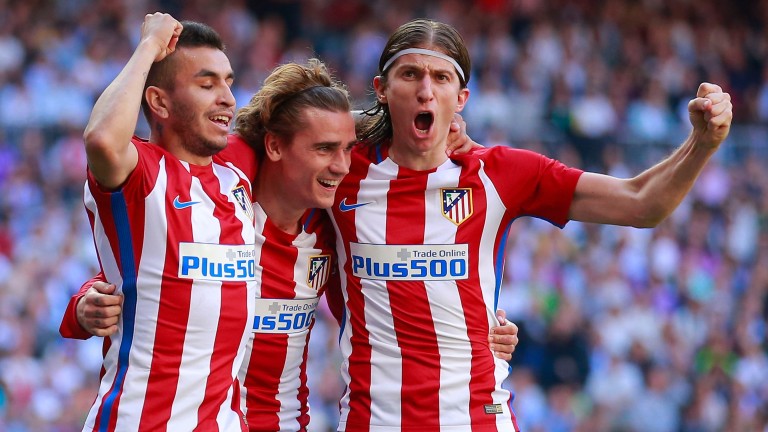 Having suffered at the hands of their arch-rivals in each of the last three campaigns, Atletico get another crack at their neighbours Real Madrid in the Champions League.

The semi-final first leg at the Bernabeu, in theory at least, is another excellent chance for Real to pile on the misery for an Atletico side still reeling from losing two finals in three years to their local enemies.

However, that frustration makes Atletico a dangerous animal and at the very least they look capable of grabbing an away goal. Both teams to score is attractively priced at a shade of odds-on.

Diego Simeone is still recovering from losing last year's final to Real on penalties and the passionate boss said earlier this season: "Every time I hear the competition hymn I feel pain."

Simeone's mood would not have been helped by a Cristiano Ronaldo hat-trick in the first La Liga meeting between the teams in November as Real Madrid left the Vicente Calderon with a 3-0 victory.

But only last month Atletico went to the Bernabeu and secured a 1-1 draw thanks to Antoine Griezmann's equaliser as Los Rojiblancos maintained a decent recent record on enemy soil.

Since beating Real Madrid in the Copa del Rey final at the Bernabeu in 2013, Atletico have lost only two of eight games at their more illustrious rivals and they scored on six of those trips.

Saturday's 5-0 win at Las Palmas extended Atletico's unbeaten run to 15 away matches, equalling a club record, and Simeone will know the importance of grabbing an away goal even though he is generally regarded as a safety-first boss.

Kevin Gameiro signalled his return to fitness with a brace in Gran Canaria and attacking threats Griezmann and Yannick Ferreira-Carrasco have more than enough talent to hurt Real's suspect rearguard.

The holders have reached their seventh successive Champions League semi-final but are yet to keep a clean sheet in this season's competition. In their last 16 games in all competitions Zinedine Zidane's side have managed to shut out the opposition just once.

It's just as well then that Real Madrid are so blessed in the forward department. Zidane's men have scored in each of their last 58 fixtures since a 0-0 draw with Manchester City in April 2016 and during this red-hot attacking spell 158 goals have been scored.

Gareth Bale remains sidelined but replacement Isco is playing some of the best football of his career and Ronaldo became the first man to reach 100 Champions League goals during the quarter-final triumph over Bayern Munich.

Ronaldo has scored 18 goals in 27 appearances against Atletico, who are short of available right-backs at just the wrong time as they look to nullify one of the greatest goalscorers in history.

Atletico Madrid
Regular right-backs Sime Vrsaljko and Juanfran are injured and utility man Jose Gimenez is also crocked so one of Luis Hernandez or Stefan Savic will move across from centre-back. Augusto Fernandez remains sidelined.

Key stat
Atletico have not lost an away Champions League game by more than one goal in their last 22 road fixtures.