Atletico may need to grind out victory 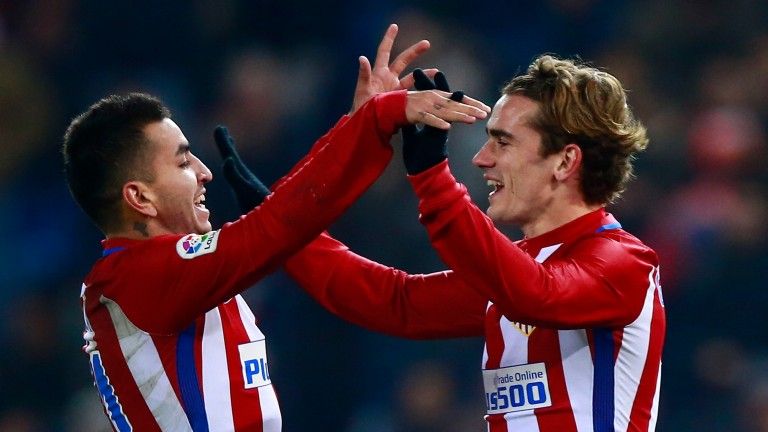 Villarreal v Malaga Sky Sports 3, 11am
Villarreal have lost ground in the race for a top-four finish after winning just one of their five league games this year but are a tough proposition at home and are likely to be too strong for Malaga, who haven't been victorious in an away game this season.

The Yellow Submarines have failed to score in three of their last four matches but should find their shooting boots against a Malaga side searching for a first clean sheet since November.

Leganes v Sporting Gijon Sky Sports 4, 3.15pm
Poor home results are hampering Leganes's fight for survival but they can bank a crucial victory against relegation rivals Sporting Gijon, who are five points below them.

A win for Sporting would give them a massive boost in their battle against the drop, while the Rojiblancos are likely to be low on confidence after losing nine of their last 11 fixtures.

Las Palmas v Seville Sky Sports 2, 5.30pm
Seville's title hopes have taken a severe knock after they picked up one point from the last two games and they face a tough game at Las Palmas, who are yet to lose a home league match this season.

Significant progress has been made by Seville but they are going through a sticky patch and may struggle to win in Gran Canaria, where Real Madrid were held to a 2-2 draw in September.

Atletico Madrid v Celta Vigo Sky Sports 1 & Mix 7.45pm
Atletico Madrid and Celta Vigo both had to stomach the disappointment of semi-final defeats in the Copa del Rey and only one can improve their mood with a La Liga victory.

This contest has greater importance for Atletico and they can register a shutout against opponents who have failed to score in three of their last five games.