Atletico could be a bump on road to title for Corinthians 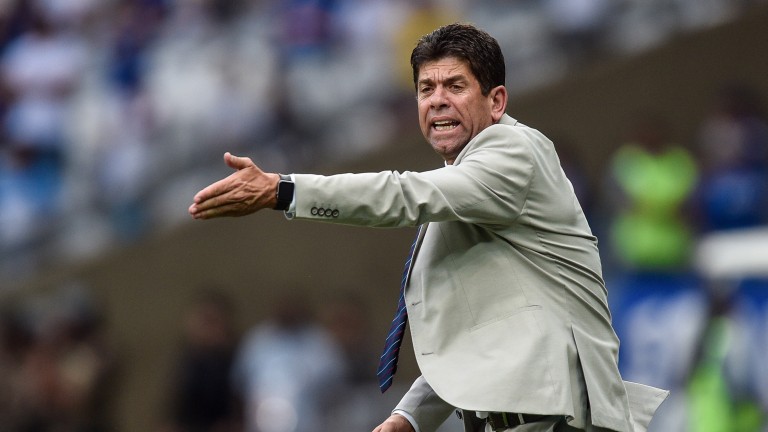 Atletico PR boss Coach Fabiano Soaresa urges on his side in their unlucky loss at Cruzeiro
Getty Images
1 of 1
By Steve Davies 8:00PM, NOV 7 2017

Corinthians took a massive stride towards the Serie A title by beating arch-rivals Palmeiras on Sunday but they could easily take a tumble when they visit Curitiba to take on Atletico PR.

Corinthians’ 3-2 win over Palmeiras opened up a six-point lead over Santos with six rounds to go.

But it was a rare recent triumph. After looking to have all but wrapped up the title at the midway point – they were unbeaten in their first 19 matches – they’ve won just four of their last 13 and the nerves are looking frayed.

It shows how crucial Sunday’s success was, but even though they’ve ticked off that assignment, the next one doesn’t look any easier.
Eleventh-placed Atletico have a target of their own – next season’s Copa Sudamericana – and will be tough to beat.

Corinthians have failed to win any of their last three meetings with Atletico and the last two have ended in draws. Another stalemate is definitely popular, but the preference is for Atletico with the draw no bet to fall back on.

Corinthians head coach Fabio Carille has got a trio of players suspended and a fourth – ex-Manchester City striker Jo – will learn on Wednesday whether he has got a retrospective ban for an incident in a 1-0 loss at Ponte Preta two weeks ago.

Atletico don’t have the best of records at the Arena da Baixada where they have won only five times this season and have triumphed in just two of their last eight.

But they were desperately unlucky to lose 1-0 at Cruzeiro on Sunday and can make amends in front of their own fans to sustain their push for a top-12 finish.