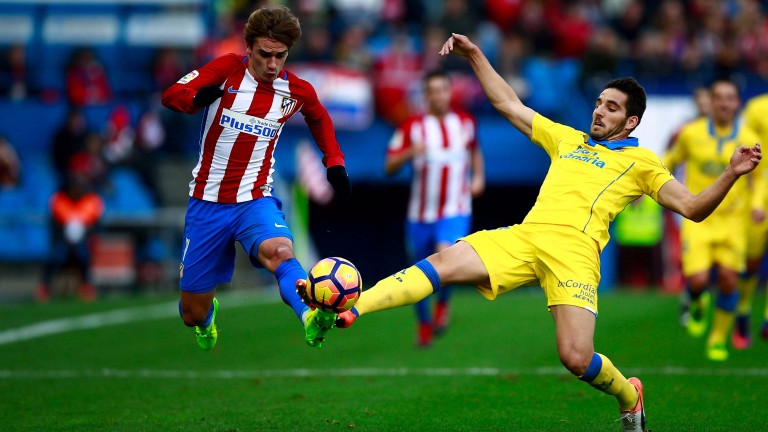 Atletico Madrid need to get their act together if they are to make a challenge at the top of La Liga and a trip to Alaves is just the sort of game from which Diego Simeone's side should be looking to gain three points.

While Alaves have lost just two of their 11 home games since an Antonio Lopez goal gave Atletico a 1-0 success at the Mendizorrotza Stadium in April - one of those defeats was against Real Madrid - they have won just two of their last nine games on their own patch.

And one of the main problems for the home side is that they have scored just nine home goals all season. Only strugglers Leganes and Granada have netted fewer than Alaves, who will be quite content to find themselves in mid-table at this stage of the campaign.

Both teams have scored in just two of Atletico's last 11 league matches and one of those was last time out when they needed a late equaliser from Antoine Griezmann to earn a 2-2 draw at Athletic Bilbao.

But they have generally had few problems on the road against La Liga's weaker teams and Alaves have kept clean sheets in just one of their last seven home matches.

Atletico have conceded nine goals in ten away games this season but all of those have come against teams in the top seven, so they should be expected to keep it tight against modest opponents and they are capable of completing their part of the bargain at the other end.