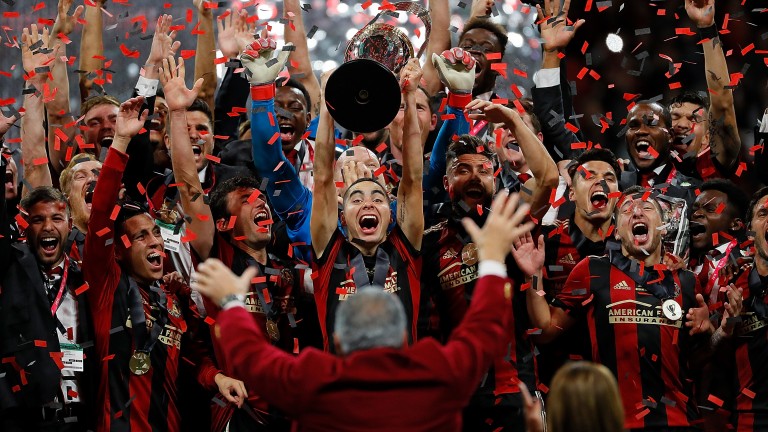 The Western Conference title looks to be heading to Los Angeles but Major League Soccer’s other division is very much up for grabs.

Philadelphia Union are top of the Eastern Conference but they are being chased down by a pack of sides. Two of the chasers lock horns on Sunday and Atlanta United should have the edge over New York City.

After a slow start to the season, the Five Stripes are firing on all cylinders, adding Campeones Cup and US Open Cup final berths to their 2019 portfolio.

They have won three of their last four MLS matches to nil against Houston Dynamo, DC United and LA Galaxy, with their only defeat coming against MLS Cup favourites LAFC.

Their victory over the Galaxy came courtesy of two own goals and a penalty but they were by far the better side, winning the shot count 20-11 and seeing 55 per cent of the ball.

Josef Martinez, who has netted 18 MLS goals this season, has been the catalyst in their upturn in form but they managed to win their US Open Cup semi-final against Orlando without their injured Venezuelan marksman.

Martinez is likely to miss the contest with New York City but Atlanta should nonetheless have too much quality for a side who limped past out-of-form ten-man Houston Dynamo last time out.

City are without a clean sheet in their last seven matches in all competitions and are worth opposing in this high-octane clash.