Atlanta have revenge on their minds for Foxborough trip

New England have struggled against the handicap 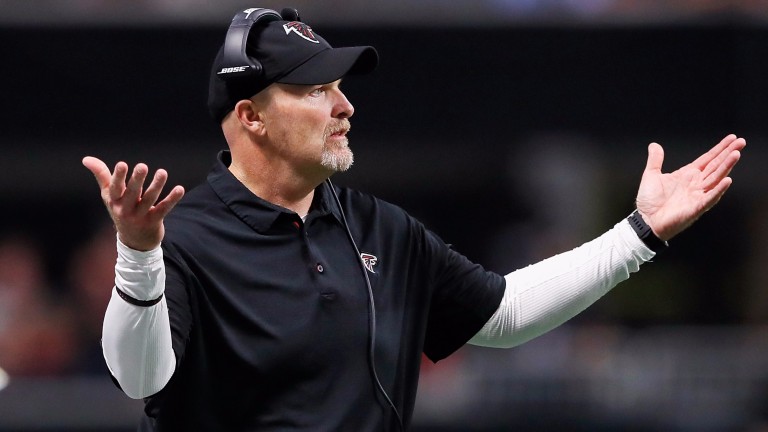 Every Atlanta fan will have been looking forward to this game ever since the Falcons collapsed to defeat in February's Super Bowl and they should not be expected to fluff their lines.

There has been evidence of a hangover after they threw away a 25-point lead in last season's showpiece, but they look well-treated by this week's handicap.

While it can be argued Atlanta have struggled to live up to their excellent campaign last term when they had the game's strongest offence, the same can be said of the Patriots, who have not made a blistering recovery from losing at home to Kansas City on the opening night.

New England were the punters' pals last year, covering the handicap in 12 of their 16 regular-season encounters, but they have been unable to make much headway in that regard this time.

And they were fortunate not to be taken to overtime by the New York Jets last week, despite being chalked up as 9.5-point favourites, when their opponents had a touchdown controversially disallowed.

The Falcons have some making up to do after they surrendered a 17-point lead at home to Miami last week and fell to a 20-17 loss to the Dolphins.

It could be that Dan Quinn's team had allowed themselves to be distracted by their trip to Foxborough and, if that was the case, expect them to be even more focused.

It's dangerous to rule out the Patriots and they could bounce back, but Atlanta have huge motivation for this clash.