Atlanta can send out statement in Shield decider with Red Bulls 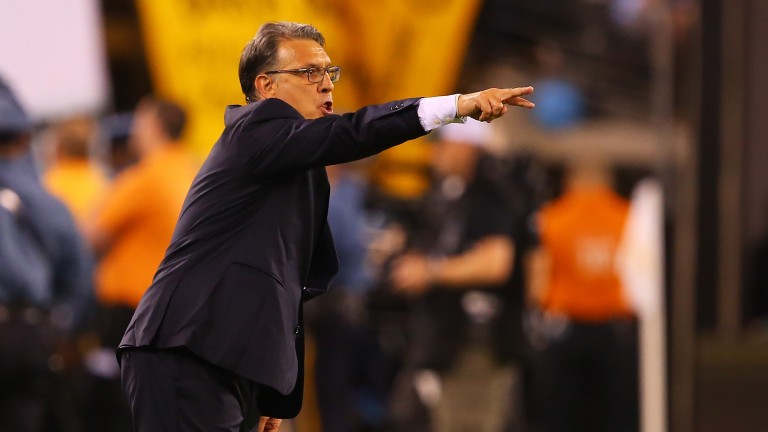 Atlanta boss Gerardo Martino can guide his side to a first trophy in the club's history
Mike Stobe
1 of 1
By Liam Flin 8:00PM, SEP 29 2018

Atlanta have been a cut above the rest in Major League Soccer this season and the Five Stripes can underline that with victory in their potential Supporters Shield decider with New York Red Bulls.

United have already secured a spot in the conference semi-finals, while Red Bulls are guaranteed at least a place in the knockout round, but the visitors’ attacking edge should see them secure three points.

Josef Martinez has been in inspiring form with 30 league goals this year and his closest rival in the race to finish as top scorer, Bradley Wright-Phillips, is suspended for the Red Bulls.

New York fans will argue their side are the better at the back, with no side having conceded fewer than their 32 goals conceded this term, but United’s front line could prove too much for them.

The away side have have scored at least two goals in seven of their last eight matches, with Martinez, Miguel Almiron and Hector Villalba tearing up the division's most organised defences.

The hosts won the reverse fixture 3-1 but head into the game following one win in three and they could be short of ideas in the final third without key man Wright-Phillips.