Atlanta can put New England Revolution in a spin

United to bounce back from Red Bulls loss 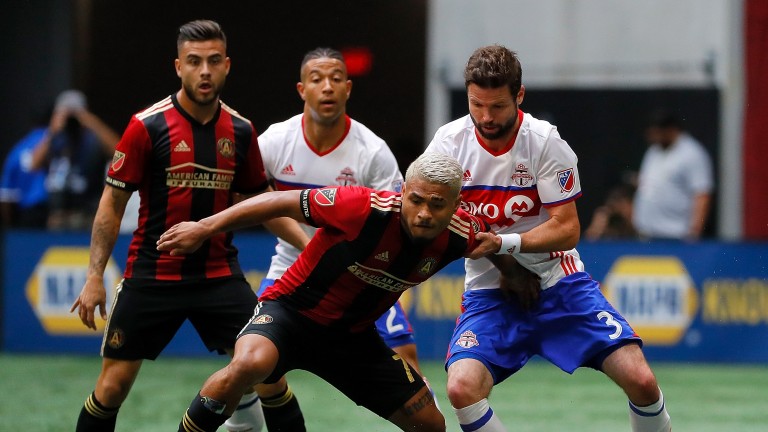 Eastern Conference leaders Atlanta crushed New England 7-0 the last time these sides met and while the margin of victory is likely to be far closer this time, the newcomers can shut out New England Revolution again when they clash in Foxborough.

Second-season outfit Atlanta won four straight road trips to hit the top of the conference for the first time in their brief history.

A 3-1 home defeat against the Red Bulls – they had a goal disallowed and a man sent off – was a setback and cards picked up in that match mean Greg Garza and Leandro Gonzalez Pirez are suspended for the trip north.

But there’s so much to like about Gerardo Martino’s team that they can shrug off those absentees and have had an extra week to prepare for this assignment following a bye weekend.

The visitors boast the hottest shot in Major League Soccer in Josef Martinez, who has bagged eight this season and grabbed a hat-trick in the 7-0 romp of the Revs in September.

He’ll be licking his lips at taking on a New England defence who have conceded ten goals in their last four outings. Last time out they led 2-0 and 3-2 in Vancouver but had to settle for a 3-3 draw.

New England are strong at the Gillette Stadium, where they won seven of their last eight games last season. The eighth, however, was a 0-0 draw against Atlanta, who may just have the measure of Brad Friedel’s team.