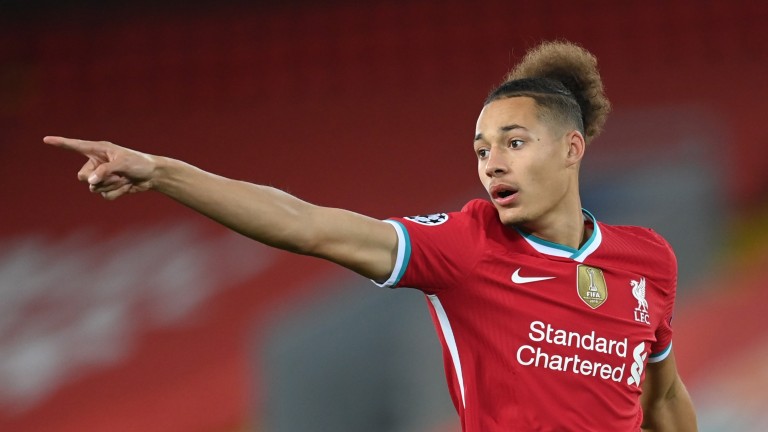 Rhys Williams could get another chance to impress for Liverpool
Getty Images
1 of 1
By Dan Childs UPDATED 10:44AM, NOV 3 2020

They shipped three goals at home to Leeds, got thrashed at Aston Villa and lost key defender Virgil van Dijk to injury - yet Liverpool are top of the Premier League and their understrength defence may not prevent them from picking up a valuable point at Atalanta.

There was an expectation that Van Dijk's injury would have a major bearing on Liverpool's season and that may still turn out to be the case.

However, have Liverpool achieved short-term success without the powerful Dutchman – winning their last four matches and conceding two goals in the process.

The Reds' defensive resources have been further stretched by injuries to Fabinho and Joel Matip, and Jurgen Klopp will be forced to make another change to the back four in Bergamo because Nat Phillips, who impressed in Saturday's 2-1 success at home to West Ham, is not part of the Champions League squad.

Nineteen-year-old centre-back Rhys Williams, who came on for Fabinho during last Tuesday's 2-0 success at home to Midtjylland, could be given further first-team exposure, but Liverpool are unlikely to be a soft touch as they seek to remain top of Group D.

Klopp has always built teams which focus on collective rather than individual qualities and will be delighted by the way his players have reacted since last month's shock 7-2 loss at Villa.

The German has given his back four plenty of protection and needs every player to perform a share of defensive duties against Atalanta, who are Serie A's second-highest scorers with 17 goals in six games.

Atalanta's recent high-scoring exploits are not a flash in the pan.

They were the division's top scorers last term with 98 goals although their defensive record (48 goals conceded) was comfortably the worst among the top four.

Manager Gian Gasperini is unlikely to ditch his attacking philosophy but will have a healthy respect for Liverpool, whose front three pose a massive threat on the counter-attack.

Atalanta have defended reasonably well in the Champions League this term – conceding two goals – and showed plenty of discipline during a 1-1 draw at home to Manchester City during last season's group stage.

They are becoming a more mature side and that means recognising the occasions when it is impossible to simply strive to outscore the opposition.

Gasperini might look at Liverpool's makeshift rearguard and sense an opportunity but his team are unlikely to throw caution to the wind and the stage may be set for a tight contest, raising the prospects of the points being shared.