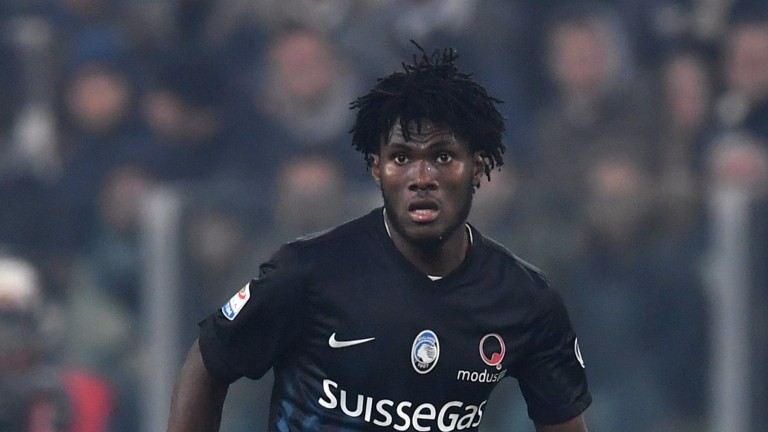 Franck Kessie could be closing in on a big money move to England
Valerio Pennicino
1 of 1
By Aaron Ashley 7:26PM, DEC 10 2016

High-flying Atalanta are this season’s Serie A surprise package and they can bounce back from their defeat at Juventus last week by recording a routine victory at home to Udinese.

Atalanta’s 3-1 defeat in Turin eight days ago was their first in nine matches but they were far from embarrassed and it’s unlikely Gian Piero Gasperini’s talented bunch will sacrifice their positive start to the season.

In fact, The Goddess are likely to be spurred on by their performance against the champions given they caused a high-class defence plenty of problems and were able to get on the scoresheet for their seventh successive Serie A outing.

The hosts have excelled at Stadio Atleti Azzurri d’Italia, too, and four wins on the spin suggests Udinese, who are particularly poor on their travels, could struggle to land a blow.

Recent home victories against Roma, Inter and Napoli read well and a repeat of any of those performances would be enough to dismantle the visitors, who have shipped seven goals to ordinary opposition in their last five away trips.

Teenage sensation Franck Kessie – who has attracted interest from a host of Premier League clubs – is emerging as one of the most exciting talents coming up through the ranks in Italy and the Ivorian midfielder will be hoping he can build on his tally of five.

Udinese stopped a rot of four matches without a win when edging past Bologna last week but they have won just two of their last 17 matches on the road and look set for another bottom-half finish.

Luigi Delneri’s side have been unsuccessful on their last ten trips to Bergamo and the 3-4 available for Atlanta to triumph this afternoon looks well worth a chunky wager.