Villa Park clash could be an uneventful one 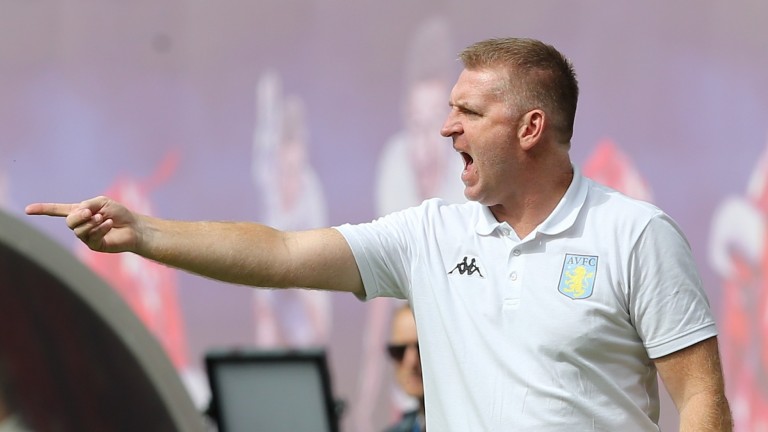 Aston Villa
Jack Grealish is not ready to return and joins Matty Cash, Wesley and Kortney Hause on the sidelines.

The spectre of mid-table mediocrity is threatening to engulf these Midlands rivals heading into the final third of the season after some widely inconsistent performances since the calendar flipped over to 2021.

But while Wolves look set to finish in that no-man’s land between the relegation zone and the European places, Aston Villa are fighting hard to remain relevant, although that job has been made much harder by Jack Grealish’s absence.

Villa’s influential playmaker will be missing again for Saturday’s game and that spells bad news for the hosts and those neutrals hoping for some light Saturday night entertainment.

Grealish’s presence was badly needed on Wednesday night when Villa huffed and puffed but couldn’t find a way through a depleted Sheffield United defence as they slid to a surprise 1-0 defeat.

They did create chances at Bramall Lane, though, with Ollie Watkins, Bertrand Traore and John McGinn all going close but, as has often been the case recently, Villa didn’t take their opportunities.

Dean Smith’s side have failed to score more than once in a game in their last seven attempts and their troubles in front of goal, coupled with some inconsistencies at home, makes them tough to get behind with much confidence.

Where the Villans continue to impress is in defence. Only Manchester City keeping more clean sheets this season and Villa's last three wins at home all being to nil.

The hosts' strong backline and troubles in front of goal have combined to lead to 16 of their 25 league matches this season finishing with at least one side failing to score, as was the case when they won 1-0 at Wolves earlier in the campaign.

A feisty clash at Molineux was settled by a late Anwar El Ghazi penalty as both teams finished the match with ten men.

That game was one of Wolves’ first after Raul Jimenez went down with a head injury, a blow they have struggled to recover from, despite the valiant efforts of rising star Pedro Neto.

Only the bottom six sides in the table have scored fewer goals than Nuno Espirito Santo’s side, who have created the second-fewest number of chances from open play over the last eight game weeks.

They converted their only shot on target in Tuesday’s predictable 4-1 thrashing by the indomitable  Manchester City, the latest setback in a worrying trend of results away from home for Wolves that dates back to when Jimenez suffered his injury at Arsenal in November.

In their subsequent nine away matches, Wolves have won only once, failing to score in four of those games. And they face being shut out again by Villa in a game where one goal could be more than enough to settle the result.

Aston Villa have won only four of their last 21 league matches without Jack Grealish.