Hammers can take spoils in clash of clarets 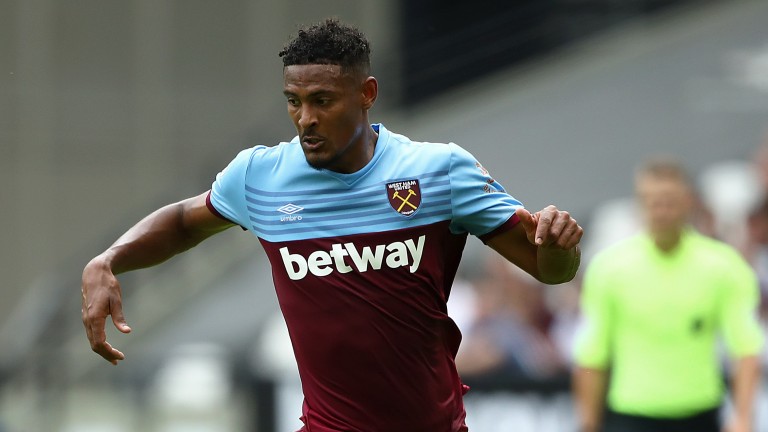 Aston Villa
Trezeguet is suspended and Jonathan Kodjia (fractured cheekbone) is out. James Chester and Matt Targett are doubts with hamstring injuries.

Aston Villa and West Ham meet again three years after their last top-flight fixture and the return of the Premier League's original clash of clarets promises to be a spectacle under the Villa Park lights.

The Midlands outfit's sole league win this term came on home soil but the 2-0 scoreline against Everton fails to tell the full story.

Dean Smith's side had just a single-goal lead for most of the game, with Anwar El Ghazi's decisive strike coming in added time, and they were outplayed by the Toffees for long periods.

Everton won the shot count 12-7, mustered 65 per cent possession and ultimately lacked the attacking utensils to capitalise. West Ham should have no such problems.

Since their 5-0 thumping by Manchester City on the opening day, the Hammers have won three of their last four assignments in all competitions, netting eight goals.

That run featured a draw away to Brighton, where they were without key marksman Sebastien Haller and influential winger Felipe Anderson, as well as wins over Watford and Norwich City.

While their range of creative talent reflects that of a potential top-six outfit, they have also looked more settled in defence and Manuel Pellegrini has opted for the same back four in each of their three games since the Manchester mauling.

Villa fans were rightly frustrated not to have been awarded a late penalty against Crystal Palace before the international break but the team had plenty of opportunities to net beforehand, steering only two of their ten shots on target.

It was a similar story at home to Bournemouth, when they lost 2-1 despite having 21 shots.

The suspension of Trezeguet at least allows Smith to tinker with his front three but first-choice striker Wesley has shown only flashes of promise and could take time to adjust to the pace of the top flight.

West Ham have the edge in the final third and are worth backing to win, although the insurance of a draw-no-bet punt appeals at this early stage of the season.

Haller has netted three goals in three league appearances and is worth a look in the first goalscorer market given West Ham's attacking phases are geared towards teeing up the former Eintracht Frankfurt front man.

Aston Villa won only 11 of their 23 home games in the Sky Bet Championship last term.