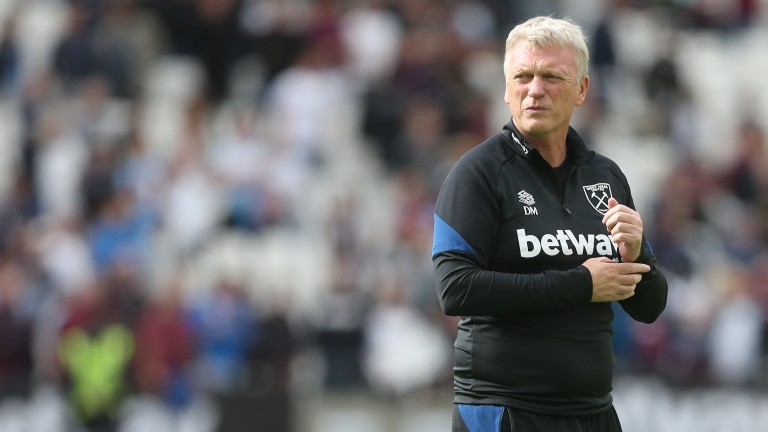 Aston Villa
Jaden Philogene-Bidace and Trezeguet will be absent, while Leon Bailey may be available to start.

West Ham
Alex Kral is back in training after isolating with Covid, while Vladimir Coufal came back from injury against Manchester City midweek.

In the week in which Czech businessman Daniel Kretinsky opened talks to buy a major stake in West Ham, their Czech midfield general Tomas Soucek could ensure the potential new era gets off to a bang at Villa Park.

West Ham have consolidated following their strong campaign last year to prove a potent challenge on three fronts. They are again near the head of the Premier League table, have had three comfortable Europa League victories and topped that off with the scalp of Manchester City in the EFL Cup in midweek.

West Ham are also unbeaten away from home in six games in all competitions this season.

David Moyes’s side have not altered their formula that proved so successful last season, relying on a solid defence, the midfield partnership of Declan Rice and Soucek, plus Michail Antonio as their primary goal threat.

In the absence of Jesse Lingard, who was an integral part of their success on loan last year, the trio of Said Benrahma, Pablo Fornals and Jarrod Bowen have stepped up to provide the creativity.

This is a team with a clear sense of playing style and identity, something that their opponents Aston Villa have struggled with since the departure of Jack Grealish.

Dean Smith has tinkered with his side's formation throughout this season, trying to settle on the best way to incorporate the new signings brought in to replace their departed talisman.

As a result, Villa have the sense of a team in flux. A decent start to the season, including wins to nil over Newcastle, Everton and Manchester United, has been overshadowed by a run of three straight defeats.

Their loss to Wolves was particularly painful, as their local rivals came from 2-0 down with ten minutes to play to win 3-2. All three of Wolves' goals came through set pieces and that area of weakness was exploited again in their 3-1 loss to Arsenal last time out.

Thomas Partey scored the opener from a corner after the Villans had not heeded the warning when the midfielder hit the bar from a set play minutes earlier.

West Ham will surely look to exploit Villa’s difficulties defending set plays and Soucek is likely to be their conduit for that.

Five of the Czech midfielder’s ten goals last season came from set pieces and although the 26-year-old has only scored once in this campaign, he is a persistent threat in the opponents’ box.

The Hammers' victory over Tottenham last week came from an Aaron Creswell corner and Moyes’s side could make their aerial advantage pay once more here.