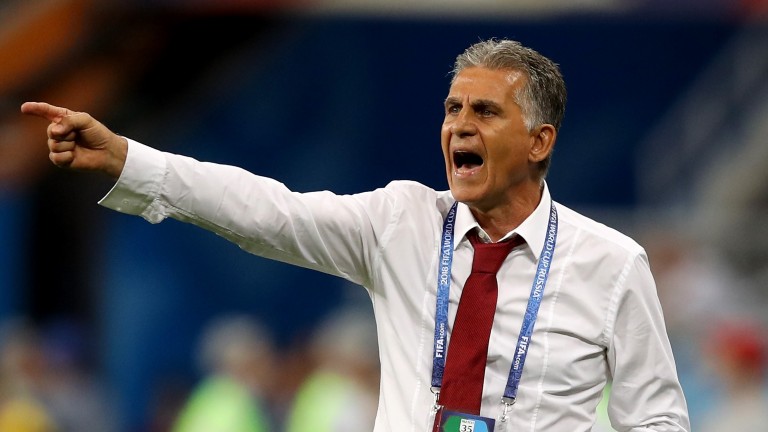 Iran have yet to concede a goal in the tournament and can extend that sequence of clean sheets against China in Abu Dhabi.

Iran have enjoyed three wins to nil and a 0-0 draw against Iraq and the three-time winners are looking fairly formidable.

It’s no surprise that Carlos Queiroz's men are a short price so plump for the Iran-Iran double result at 6-5 with Ladbrokes. They’ve led at the interval in each of their three wins.

China, under Marcello Lippi, went into the tournament in no sort of form but have done alright. However, the quick turnaround following their unconvincing 2-1 win over Thailand could hurt a squad which features ten players over the age of 30.

Japan have made their backers sweat at the Asian Cup so expect another narrow triumph for Hajime Moriyasu's men.

The Japanese haven't put a foot wrong thus far with four wins out of four, although they were odds-on for all four assignments and won each of them by just a single-goal margin.

The four-time winners are finding it hard to overpower teams who set up defensively against them which is precisely what surprise quarter-finalists Vietnam will do in Dubai. Japan must also cope without Newcastle frontman Yoshinori Muto, who is suspended.

The Vietnamese have won only one of four ties to reach this point but they weren't disgraced in group-stage defeats by Iran and Iraq.