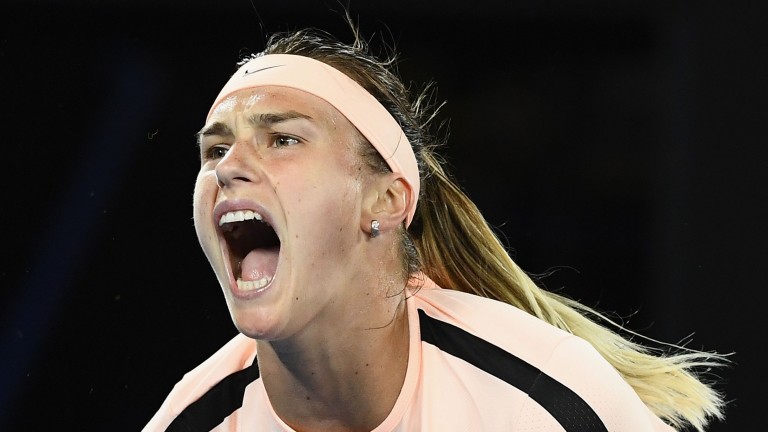 Aryna Sabalenka has made a hugely positive start to her professional career and it will be disappointing if the gamble on her to win her WTA Istanbul Cup opener goes awry.

The Belarusian, who has gleaned huge experience representing her country in the Davis Cup, has been advised by Racing Post Sport tennis writer Tom Bull for title glory in Turkey this week.

The match market was unsure of which way to go at the outset, but Sabalenka came in for solid support on Monday. And even though her first-round opponent Polona Hercog is no fool on clay courts, the selection has shown enough to suggest she should be shorter for victory than her price suggests.

In the ATP Open Godo in Barcelona, have an interest on Spanish youngster Jaume Munar surprising Joao Sousa on the outdoor slow courts.

Munar reached the final of the French Open juniors in 2014, when only Andrey Rublev was his superior, and there are few better places for a talented young Spaniard to showcase his ability than in the Catalan capital.

Munar is a Majorcan so will have learned his trade under the watchful eye of Rafael Nadal. He reached the semi-finals of the Barletta two weeks ago and looks to have a promising future.