Arsenal v Watford predictions: Expect a cracker at the Emirates

Aaron Ramsdale may struggle to keep out top-heavy Hornets 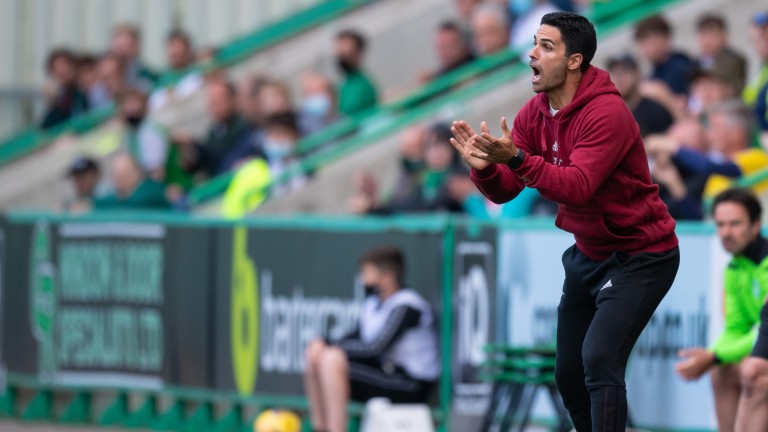 Both teams to score
1pt 4-5 general

Arsenal
Kieran Tierney (ankle) is back in contention but Granit Xhaka remains unavailable.

Watford
Ken Sema (knee) and Kwadwo Baah (ankle) have joined Peter Etebo and Christian Kabasele on the sidelines, but Kiko Femenia (hip) and Francisco Sierralta (muscle strain) are in contention and Emmanuel Dennis is available after suspension.

Arsenal goalkeeper Aaron Ramsdale has forced his way into the England reckoning with a series of excellent performances, but a clean sheet may elude him when the Gunners take on Watford at the Emirates.

Ramsdale is awaiting his first senior England cap but he has been called up to the November squad and must have impressed Gareth Southgate with his performances this season.

He soon displaced Bernd Leno as the Gunners' first-choice keeper and is yet to taste defeat as an Arsenal player, having achieved five shutouts in eight appearances.

Ramsdale delivered his best performance in an Arsenal jersey last Saturday when helping his side to a hard-fought 2-0 win at Leicester.

His eight saves included an outstanding double stop to deny James Maddison and Jonny Evans, but there were question marks over Arsenal's defending and Watford may fancy their chances of taking advantage.

The Hornets have been struggling to readjust to the Premier League and have plenty of room for improvement in defence, having failed to keep a clean sheet in ten games.

However, they have looked a threat – especially on counter-attacks – and approached the weekend as the joint-highest away scorers (eight goals in five games) outside the top five.

Claudio Ranieri’s side triumphed 5-2 at Everton in their last away game, winning the shot count 20 to 15 in the process.

Their stunning fightback at Goodison Park was achieved without star player Ismaila Sarr, who left the pitch when his team were 2-1 behind.

However, Sarr is Watford’s top scorer with four goals and is an integral part of a talented three-pronged attack which also features Emmanuel Dennis and Joshua King.

Getting the best out of such a lively front three could hold the key to Watford’s survival hopes because their defence is far from secure.

Centre-backs William Troost-Ekong and Craig Cathcart have looked more vulnerable at the higher level and are likely to have their hands full against Arsenal top scorer Pierre-Emerick Aubameyang and Alexandre Lacazette.

Mikel Arteta's trust in Lacazette seemed to be evaporating in the early part of the season, but he has gone with the Frenchman in wins at home to Aston Villa (3-1) and Leicester (2-0) and the decision seems to be bearing fruit.

Goals should continue to flow for the Gunners, who have netted at least twice in four consecutive games. However, their defence is suspect when exposed to power and pace and even the brilliance of Ramsdale may be insufficient to keep Watford at bay.

Both teams have scored in each of Arsenal's last three Premier League home games.