Gunners rate a solid bet to see off struggling Spurs 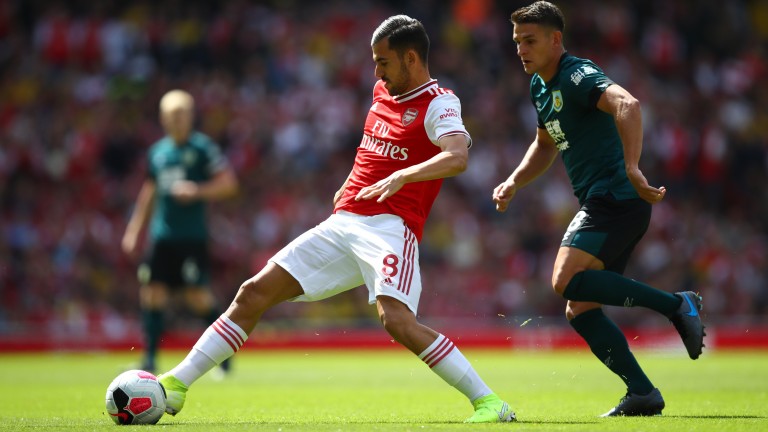 Arsenal
Mesut Ozil joins the squad for the first time this season but Nacho Monreal has left for Real Sociedad and Kieran Tierney, Hector Bellerin and Rob Holding are injured.

Tottenham
Dele Alli (hamstring) is available but Eric Dier (hip) is a major doubt and Kyle Walker-Peters (hamstring) has joined Tanguy Ndombele, Juan Foyth and Ryan Sessegnon on the sidelines.

Tottenham have won only one of their 13 Premier League matches at the Emirates Stadium since the venue opened in 2006 and they may have to stomach another poor result on Sunday.

The fixture comes at a good time for Arsenal, who are two points above their north London rivals despite losing 3-1 at Liverpool last Saturday.

Unai Emery was disappointed at Anfield but the performance was a big improvement on last season's corresponding fixture when his team were swept aside 5-1.

Steady progress is being made under the Spaniard, who was backed by his bosses in the transfer market this summer.

Nicolas Pepe was snapped up in a reported club-record £72m deal, dwarfing the £52m spent on Pierre-Emerick Aubameyang in January 2018, but the bigger threat to Spurs may come from Real Madrid loanee Dani Ceballos, who was the best player on the pitch in Arsenal's 2-1 success at home to Burnley.

Ceballos, a reported summer transfer target for Spurs, demonstrated impressive technique and vision and seemed to relish the physical side of the game.

The 23-year-old's willingness to get stuck in will be important on derby day but his main task is to provide quality service to Aubameyang and Alexandre Lacazette.

Lacazette was left on the bench at Anfield but has started each of Arsenal's last five Premier League home games and the Gunners are suited by the more offensive shape favoured by Emery at the Emirates.

Their home record last season – won 14, drew three and lost two – was the third-best in the top flight and included victories over Spurs (4-2), Chelsea (2-0) and Manchester United (2-0).

Spurs know they are in for a tough game and they approach it on the back foot after last Sunday's dismal 1-0 home defeat to Newcastle.

Mauricio Pochettino has had to fend off wild speculation that he is planning to step down, describing the rumours as "stupid" in his pre-match press conference.

But the Argentinian could certainly do with a positive result and performance to dispel any notions of unrest behind the scenes.

Transfer speculation has not helped with Toby Alderweireld, Christian Eriksen and Jan Vertonghen all entering the final year of their contracts. Of that trio only Alderweireld has been starting regularly but Pochettino may be forced into a rethink as injuries are piling up.

Of Tottenham's three major summer signings, Tanguy Ndombele and Ryan Sessegnon are injured and Giovanni Lo Celso needs time after missing out on a large chunk of pre-season.

Lo Celso has struggled to influence games when coming off the bench so Eriksen looks the most likely beneficiary if the inconsistent Erik Lamela loses his place in the starting 11.

Pochettino has an even bigger problem at right-back with Juan Foyth and Kyle Walker-Peters injured and Serge Aurier out of favour.

Moussa Sissoko played there for the majority of the Newcastle match but is far from a natural in that position and, in any case, his presence in midfield would be sorely missed.

Another alternative, perhaps the most sensible, would be to shift Alderweireld to right-back, where he has played regularly for Belgium, and recall Vertonghen.

However, none of the options are ideal for a match of such magnitude against strong opponents.

Arsenal should sense a big opportunity and, given their strong record at home to Spurs, they look a solid wager with the draw no bet.

Tottenham have not won on any of their last eight league visits to the Emirates.