Premier League | Mikel Arteta proving to be a draw specialist 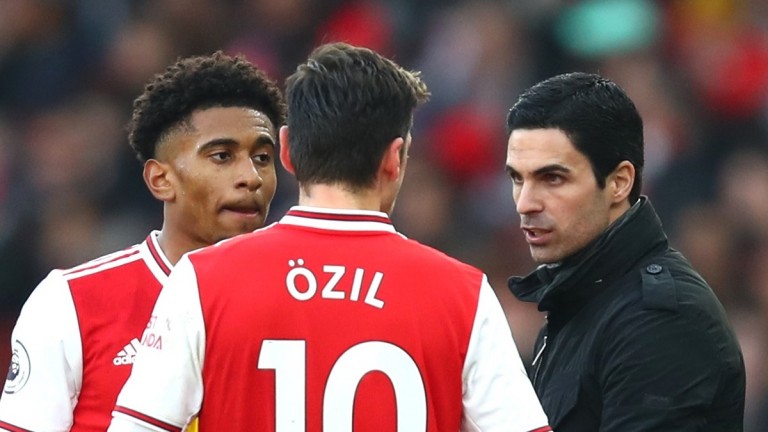 None of the last 14 meetings between Arsenal and Newcastle have ended all-square but there is plenty to support the view that this time round the draw is the value bet.

Six of the last 12 fixtures between these teams have ended in 1-0 wins for the Gunners – including the showdown at St James’ Park in August, when a Pierre-Emerick Aubameyang goal decided the outcome.

Close calls are commonplace when Arsenal and Newcastle play and a draw is definitely possible in a game which is unlikely to be spewing goals.

Certainly Newcastle, home or away, are proving tough to shift these days and they are showing up well against the division’s big guns - if Arsenal can be considered a divisional big gun these days.

Arsenal were prone to draws prior to Mikel Arteta’s arrival but now it has become a real habit.

The favourites certainly look short enough. Yes, they are unbeaten in seven in all competitions but they have won only six of 25 all season.

They have drawn their last four in the Premier League and 13 of their last 22.

Back from Dubai after some warm-weather training, Arteta will be praying it has done wonders for the likes of Mesut Ozil (no goals since April) and Alexandre Lacazette (no goals in two months).

The Spaniard must be tempted to bin the pair of them, especially as they will find it hard work picking their way through a Newcastle defence which will be well manned and well organised.

Newcastle, like Arsenal on 31 points, are unbeaten in eight games in all competitions, a sequence which is impressive in its own right but even more noteworthy when you consider how many injuries they have been suffering.

Steve Bruce may well be minus eight players for this match though he did bring in some reinforcements in the transfer window. Nabil Bentaleb has slotted in straight away while his former Tottenham teammate, England left-back Danny Rose, will surely make his first start since moving to the north-east.

Since the turn of the year the Magpies have drawn at Wolves and Everton and beaten Chelsea 1-0 and they have become a seriously difficult team to break down and beat.

For once Bruce is spoiled for choice defensively and must decide whether to recall either or both of Fabian Schar and Florian Lejeune, who may be better equipped to deal with the mobility of the Arsenal front three.

Under 2.5 goals is a punt to consider because Newcastle aren’t getting blown away under Bruce.

Arsenal have drawn 13 of their last 22 matches in all competitions.