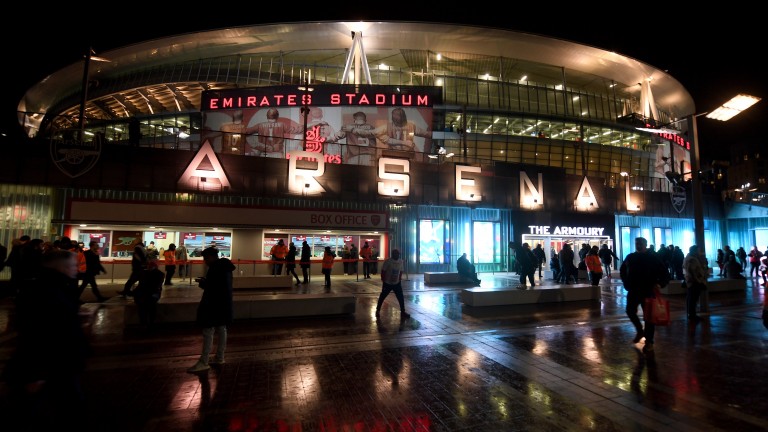 Manchester City's Premier League title hopes are in tatters as the champions are 14 points behind leaders Liverpool after winning just two of their last five league matches.

Last week's derby defeat at the hands of Manchester United was a worrying performance and not even Wednesday's 4-1 victory over Dinamo Zagreb in the Champions League will have raised spirits much despite Gabriel Jesus bagging a hat-trick.

Arsenal returned to winning ways in the Premier League after coming from behind to beat West Ham on Monday but it was far from a convincing show as Freddie Ljungberg's side scored with all three of their shots on target in a nine-minute blitz.

That success ended a nine-match win drought, with six of those ending in draws. The Gunners, who sacked Unai Emery late last month, have kept only two Premier League clean sheets this season.

Oleksandr Zinchenko made his return from injury in Zagreb but Pep Guardiola remains without several influential performers.

Ljungberg left some key personnel at home for Thursday's Europa League clash away to Standard Liege but he will be without Granit Xhaka due to concussion protocols.

Rob Holding, Dani Ceballos and Kieran Tierney are crocked, while Nicolas Pepe and Hector Bellerin will have to be checked.

City need to sort out their defence but it's not just the rearguard personnel who are to blame as Guardiola's side failed to control the counter-attack against United, who managed seven shots on target.

Rodri has struggled to stamp his authority on the midfield, but Fernandinho is needed in defence. Ilkay Gundogan could be a better bet until Rodri adjusts to life in the Premier League.

Arsenal have used many formations this season but Ljungberg went 4-2-3-1 at West Ham and it will be interesting to see whether he trusts Mesut Ozil for this contest given his lack of defensive discipline.

At their best City would stroll this Emirates contest but they have been more vulnerable than usual. That said, Arsenal's defence is unlikely to cope and City to win and over 2.5 goals could be the best bet. City 3-1.