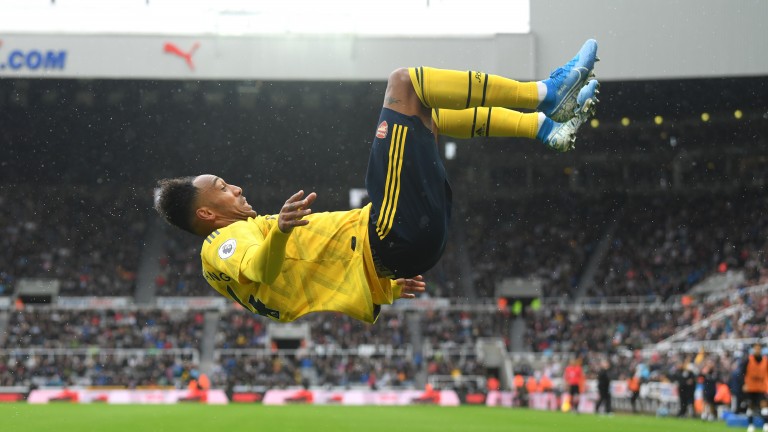 Burnley have an early-season spring in their step after beating Southampton 3-0 last weekend but the Clarets have lost their last nine Premier League fixtures against Arsenal and the Gunners are 1-3 to make it ten in a row.

Unai Emery’s men also started the 2019-20 campaign with a decent win and a clean sheet, grinding out a 1-0 victory at Newcastle thanks to a smart strike from last term’s top goalscorer Pierre-Emerick Aubameyang.

Gunners fans will have been encouraged by that opening result – they had won only 11 of their 38 away games in the past two seasons – and the strength of the bench was testament to a surprisingly busy summer of recruitment.

Record signing Nicholas Pepe, Real Madrid loanee Dani Ceballos and Brazilian youngster Gabriel Martinelli came on as subs while David Luiz was also in the matchday squad and is pushing for a start in defence.

Mesut Ozil and Sead Kolasinac are available after missing the fixture due to security concerns and Alexandre Lacazette, who had an excellent 2018-19 campaign, should be fit to start.

Emery’s first season in charge of Arsenal ended in disappointing fashion as their top-four challenge folded tamely and they were hammered 4-1 by Chelsea in the Europa League final.

However, their home league record was impressive with 14 wins from 19 matches. Only champions Manchester City and Crystal Palace won at the Emirates and, despite Arsenal’s poor late-season form, they rallied to win 3-1 at Burnley on the final day.

December’s fixture at the Emirates also finished 3-1 but it is worth backing a low-scoring home win in the first top-flight fixture of the weekend.

Arsenal’s defence stood up well against a limited Newcastle side last weekend but Emery will be aware of the need to protect a depleted rearguard against Burnley strikers Ashley Barnes and Chris Wood.

The pair both reached double figures in the league last term and Barnes scored twice in the win over Southampton – although it is worth noting that Burnley’s three goals came from only four shots on target at Turf Moor.

Their dismal head-to-head record against Arsenal means a point would be a decent return for Sean Dyche’s 10-1 shots and Newcastle were able to restrict the Gunners to two attempts on target last Sunday.

It will take time for Emery to strike the right balance in attack with Pepe, Ceballos and Ozil vying for places in support of Lacazette and Aubameyang.

Seven of the eight goals in last season’s Arsenal-Burnley clashes came after half-time and patience may be required for the home side once again.

A goalless first half is worth considering at 13-5 with Betfair but preference is for the Arsenal win in a game featuring no more than three goals – a bet that copped in eight of their 14 home victories last season.

Recommendation
Arsenal to win & under 3.5 goals
2pts 5-4 BoyleSports
Back this tip with Paddy Power

Team news
Arsenal
Mesut Ozil and Sead Kolasinac are available after missing the trip to Newcastle due to security concerns. Granit Xhaka (back) is a doubt and defenders Kieran Tierney, Hector Bellerin and Rob Holding remain sidelined.

Key stat
Burnley have lost their last nine league games against Arsenal by an aggregate score of 22-4.