Milan waiting for Gunners in last 16 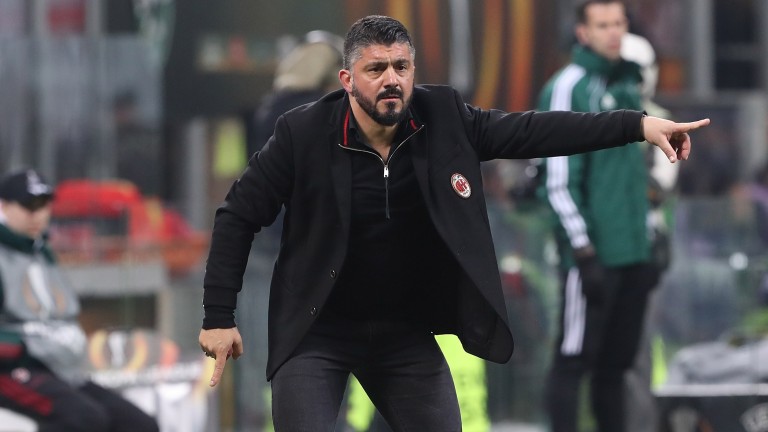 Arsenal have drifted to 6-1 with bet365 to win the Europa League after being handed a difficult last-16 draw against Serie A improvers Milan.

The Gunners, who struggled past Swedish minnows Ostersunds 4-2 on aggregate in the previous round, losing the second leg 2-1 at home, will have to step up their game and Arsene Wenger will almost certainly need to select a strong side if his team are to justify their tag as favourites to progress.

Bet365 are already betting on the first leg in Italy and rate Milan 6-4, Arsenal 7-4 and the draw 23-10. In the qualification market it's 8-13 Arsenal and 5-4 about the Italians progressing to the quarter-finals.

Milan, 14-1 in the outright market, made a poor start to the campaign following a heavy summer of spending, but have found better form since Rino Gattuso replaced Vincenzo Montella in the San Siro hotseat.

Much talked-about teenage goalkeeper Gianluigi Donnarumma is the last line of a Milan defence led by centre-back Leonardo Bonucci, while midfielders Franck Kessie and Hakan Calhanoglu are summer arrivals who have started to find their feet.

Milan, unbeaten in 11 games with only four goals conceded, have former Liverpool man Suso as one of their creative forces and 11-goal youngster Patrick Cutrone has delivered since replacing expensive signings Andre Silva and Nikola Kalinic as the main striker.

Competition favourites Atletico Madrid have been drawn to play Lokomotiv Moscow and look the team to beat with the final in Lyon on May 16.