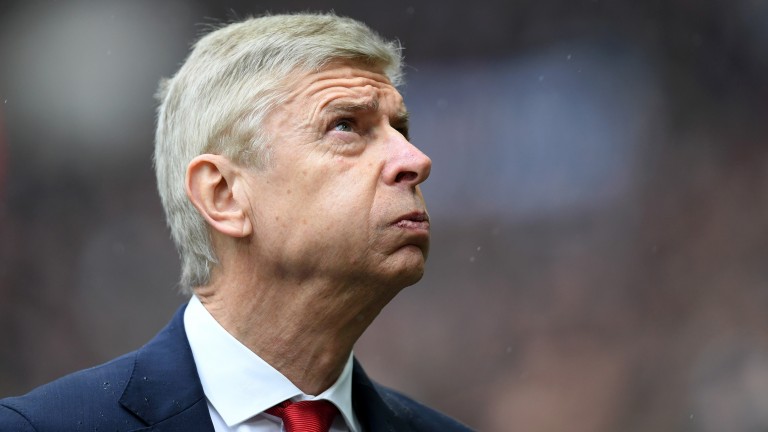 There are more pressing matters coming up for Arsene Wenger
Laurence Griffiths
1 of 1
By Dan Childs 1:19PM, FEB 23 2018

The Europa League is set to take on an increasing significance for Arsenal this season but Arsene Wenger is preparing to send out his second string for the return match against Ostersunds which may be a more even contest than the markets expect.

Wenger picked a strong team for last Thursday's first leg in Sweden and he was rewarded with a convincing 3-0 victory over opponents who were overawed and outclassed.

Establishing such a convincing advantage was the ideal scenario for Wenger, allowing him to utilise some of his Europa League group-stage regulars and rest big-name players for Sunday's League Cup final against Manchester City.

There may be opportunities for academy graduates Joe Willock, Reiss Nelson and Eddie Nketiah and fringe players Per Mertesacker and Sead Kolasinac could also come into the equation.

From Ostersunds' perspective, it is another high-profile match and a chance to show that they can perform better than they did a week ago.

The Swedes are one of the smaller teams left in the competition but they appeared nervous in the early stages of the first leg and found themselves 2-0 down inside 24 minutes.

Given a second chance they are likely to play with more organisation and focus, although it would be asking a lot for them to come away with a draw or a victory.

In the group stage they put in some solid away performances, winning 2-0 against Zorya, losing 1-0 to Athletic Bilbao and drawing 1-1 against Hertha Berlin.

Arsenal are by far the biggest club they have faced in the competition but it will not be anything like a full-strength Gunners side and the match may quickly descend into a low-key affair with the hosts playing with an eye on the weekend and the Swedes scrapping to keep the scoreline respectable.

Goalmouth action could be at a premium and there is value in backing under 3.5 goals.