Arsenal can pile on the misery for beleaguered Everton

Toffees in a stick situation 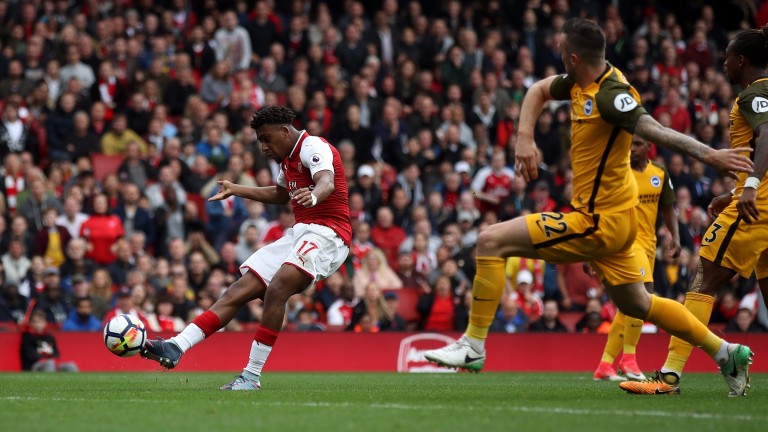 Talk of an Arsenal crisis has been overblown and the Gunners can get back on track in the Premier League by beating Everton at Goodison.

Arsenal were poor in the last 30 minutes of the 2-1 defeat at Watford last Saturday but there were mitigating factors.

A debatable penalty decision went against them and Danny Welbeck, who had been causing Watford a lot of problems with his pace, was forced to come off with a groin strain and centre-back Laurent Koscielny was also struggling with his movement.

But credit must also go to Watford, who played with a lot of skill and aggression.

Arsenal – boosted by the return of Alexis Sanchez – are likely to be better than at Vicarage Road and are facing an easier task.

Everton were being talked up as potential top-six contenders after a summer spending spree but are playing more like a relegation-threatened side.

Goalkeeper Jordan Pickford has looked the most convincing of the new arrivals, Wayne Rooney has done okay – scoring three times in eight Premier League appearances – and Gylfi Sigurdsson showed flashes of his quality after coming off the bench during Thursday's
2-1 loss to Lyon in the Europa League.

But centre-back Michael Keane, midfielder Davy Klaassen and striker Sandro Ramirez have struggled and the squad has an unbalanced feel with no reliable centre-forward and a lack of quality in wide areas.

The Goodison crowd made their feelings know during the loss to Lyon, which leaves Everton with one point from three Europa League games.

The Toffees have struggled in the Premier League between the end of last season and the start of this – winning three of 13 top-flight matches – and frustrations boiled over in midweek when Ashley Williams sparked a mass brawl with his needless push on Lyon goalkeeper Anthony Lopes.

Everton showed plenty of endeavour on the night but were outclassed by a team who lack the individual quality possessed by Arsenal.

A second-string Gunners team won 1-0 at Red Star Belgrade – keeping their 100 per cent record in Group H – and another strong performance from Jack Wilshere will have given Arsene Wenger food for thought.

Most of Arsenal's first-choice players were excused the trip to Belgrade.

They should be fresher than their hosts and look a solid bet to secure their first away league win of the season.

Everton
James McCarthy (knee) is back in the squad and Morgan Schneiderlin should shake off a knock from Thursday's 2-1 loss to Lyon. Seamus Coleman, Ramiro Funes Mori and Ross Barkley are out long-term.

Arsenal
Alexis Sanchez should come back into the side but Danny Welbeck, David Ospina (both groin), Calum Chambers (hip), Shkodran Mustafi and Santi Cazorla (both ankle) are out.