Arsenal can give bemused Hughes a big wake-up call

Stoke not on same level 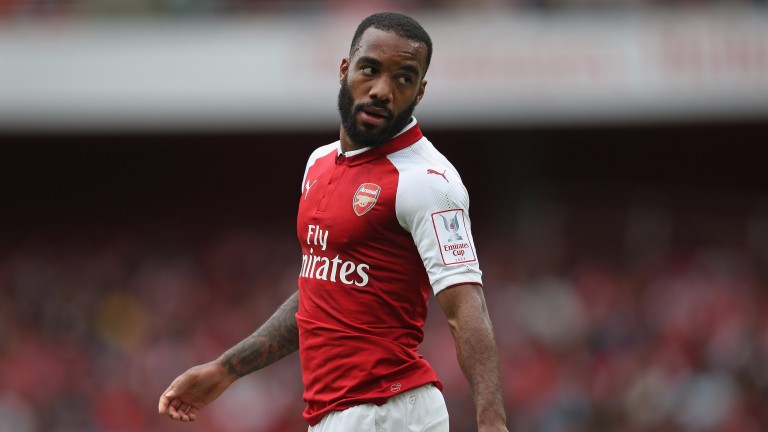 Mark Hughes says he doesn’t quite understand the mood of pessimism around the bet365 Stadium this summer – maybe a tonking from Arsenal will drill it home to him.

That major overhaul never really happened, more a tinkering from Hughes, so perhaps it was little surprise that a team which finished 2016-17 flatlining were just as lifeless in their opener to this campaign, a tepid 1-0 loss at Everton.

Stoke’s travelling fans had to wait until injury-time for a shot on target from their side having witnessed a limp 90 minutes which hasn’t lifted spirits.

And so to a visit from Arsenal, 4-1 winners at the Britannia in May – completing a 7-2 aggregate demolition of the Potters – and 4-3 winners against Leicester in their 2017-18 curtain-raiser.

Arsenal look the likely winners and are a warm order. In a game that should produce more than one goal, however, the preference is for Arsenal and over 1.5 goals.

Stoke appear to have an inferiority complex that Hughes needs to exorcise.

Throughout the whole of last term they managed just a solitary victory against teams who finished above them in the table, a 1-0 win at Southampton on the final day.

Once a team who struck fear into the hearts of the big boys, that certainly hasn’t been the case of late. Old-school warhorse Ryan Shawcross is still on duty but much of Stoke’s menace has gone.

Hughes still has a big, strong back three and they won’t get battered often, especially as they are blessed with Jack Butland between the sticks.

But it’s hard to see where the goals are going to come from. Little creativity is likely to come from Darren Fletcher or Joe Allen while the likes of Xherdan Shaqiri, Bojan and Saido Berahino drift in and out of games and none has a scoring record to be proud of.

Jese Rodriguez, once of Real Madrid, is the newest recruit who Hughes hopes can pep up his frontline.

Arsenal, of course, have no issues when it comes to finding the net even minus Alexis Sanchez and they will be positive. Such are their frailties at the back, however, that it’s 8-11 both teams scoring, which is short enough given the home team’s lack of potency.

This week, with Shkodran Mustafi and Per Mertesacker available to Wenger, they should defend with more authority than they did against Leicester. And Stoke, of course, don’t possess a goal threat quite as pacy and confident as Jamie Vardy.

Arsenal have won six Premier League games in a row, scoring at least twice in each of those, and are good value to make it seven.

Team news
Stoke
Mark Hughes has a fully-fit squad to choose from. Bruno Martins Indi is tipped to start, although new forward Jese Rodriguez may start on the bench.

Arsenal
Alexis Sanchez is a week away after a side strain but Francis Coquelin has recovered from an ankle knock. Jack Wilshere and Santi Cazorla are still out.