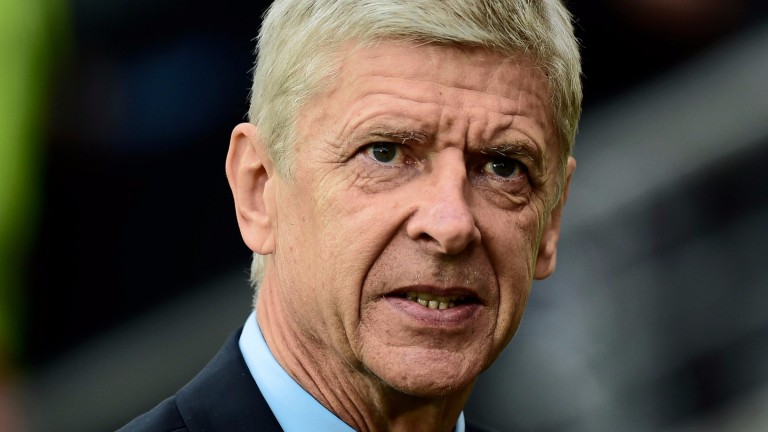 Arsenal's last match of the 2016-17 season was their FA Cup final win over Chelsea at Wembley and there could be a repeat triumph for the Gunners when the London rivals cross paths at the national stadium again.

The Community Shield is not a huge deal in the grand scheme of things and stakes need to be kept modest for the glorified pre-season friendly, but there is a lot more to like about underdogs Arsenal at the prices compared to champions Chelsea.

Arsenal dominated the FA Cup final in May and were unlucky to win only 2-1, while it would be wrong to read too much into the July friendly between the pair in Beijing.

Chelsea were 3-0 winners with Michy Batshuayi scoring twice in a game where all the goals came in the opening 50 minutes, although Antonio Conte sent out his strongest available side and opposite number Arsene Wenger was much more relaxed.

David Ospina is unlikely to start again in goal and it's even more unlikely that Ainsley Maitland-Niles will be used as a centre-back.

Cohen Bramall, signed from non-league Hednesford last season, was left wing-back in China and something much closer to a full-strength Gunners outfit is expected to take to the field even though Alexis Sanchez is unlikely to start.

That means record signing Alexandre Lacazette leading the line and judging by past Community Shield results Wenger usually gets his boys wound up for this contest.

Arsenal have won six of their eight Shield showdowns under Wenger and that includes recent times with a 3-0 victory over Manchester City in 2014 and a 1-0 success against Chelsea in 2015.

That was the first sign that all was not well with Jose Mourinho's Blues two years ago and it has been a strange summer once again for Chelsea, this time under Conte, who has made it abundantly clear he is unhappy with the small size of his squad.

The Italian is right to be upset following the departure of so many back-ups over the summer, while Eden Hazard and Tiemoue Bakayoko are injured. Alvaro Morata, signed to replace the jettisoned Diego Costa, is not fully-fit either and Pedro has been training with a protective facemask.

Chelsea were 3-0 down after 27 minutes in a recent friendly with Bayern Munich (final score 3-2) and they lost 2-1 to Inter. With Conte so short on numbers the same players have been continually churned out.

The Arsenal bench is much stronger and that could be telling the longer the match goes on, although with no extra-time this derby will head to penalties if it is level after 90 minutes.

However, it could be worth taking a chance on Arsenal landing a minor opening blow against the vulnerable favourites without the need for a shootout.

Team news
Arsenal
Francis Coquelin, Gabriel and Santi Cazorla are out. Alexis Sanchez and Shkodran Mustafi may not be ready to start.

Chelsea
Eden Hazard and Tiemoue Bakayoko are injured, while Antonio Conte needs to decide whether to risk Alvaro Morata and Pedro.