Arsenal can bounce back at the Baggies 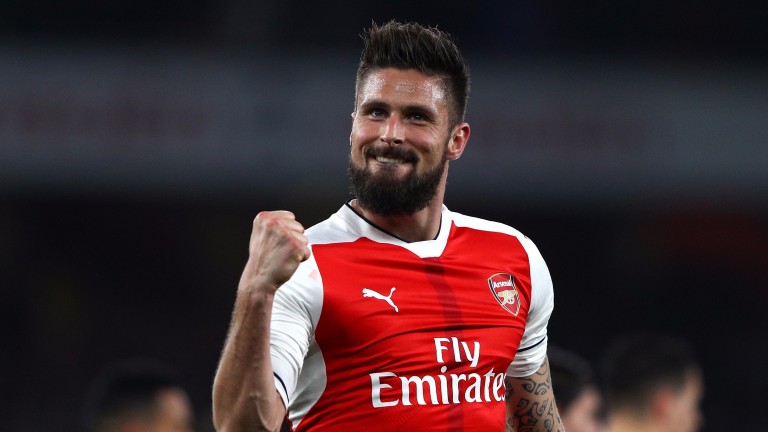 Olivier Giroud celebrates his goal against Lincoln in the FA Cup
Ian Walton
1 of 1
By Mark Langdon 8:05PM, MAR 17 2017

Arsenal have lost three of their last four Premier League matches to pile the pressure on Arsene Wenger but old adversary Tony Pulis may not be able to stick the boot into the Gunners boss at West Brom.

There is no love lost between the gaffers, who had numerous battles down the years when Pulis was at Stoke. He knows how to get under Wenger's skin and has not been beaten in his last four home matches against the under-fire Frenchman.

However, the doom surrounding Arsenal with protests against the manager seems to have influenced the betting and the visitors are an acceptable price judging by last season's Hawthorns clash which saw the north Londoners priced between 4-7 and 1-2.

Arsenal, in slightly classic fashion, managed to lose that game 2-1 despite allowing only one shot on target, but Wenger's side are not that much worse than last season and nor are West Brom significantly better.

The table may say otherwise with Albion proudly in eighth spot, but there is not much between them and, for example, 17th-placed Crystal Palace, who were 2-0 winners at the Hawthorns in West Brom's last home game.

Pulis sets up his team to defend well and rely on set-pieces with West Brom scoring a divisional-high 16 times from dead-ball situations in a league where the average this term is 8.5.

Only Burnley, Middlesbrough and Hull have scored fewer goals from open play than West Brom's 16 which maybe highlights the kind of trouble Albion would be in had they not been so lethal from corners and free kicks.

It's a legitimate tactic, although some would argue there has to be a fair amount of luck involved.

For instance, West Brom were only mid-table in the set-piece table last season with 12 and Tottenham were top on 17. This season only Leicester, Boro and Sunderland have scored fewer set-piece goals than the six Spurs have mustered.

Whatever the ins and outs, it doesn't work for West Brom against the big boys. Last week's 3-0 defeat at Everton saw Albion lose their eighth game in nine against this season's top seven.

Fifth-placed Arsenal remain in the mix for another return to the Champions League and, the Watford loss apart, their defeats away to Manchester City, Chelsea, Liverpool and both matches against Bayern Munich were expected.

It's nothing new that Arsenal struggle in those type of fixtures but they are generally reliable against the lesser lights, winning 14 of 18 against teams outside the top seven.

Alexis Sanchez should be reunited with playmaker Mesut Ozil and nobody has scored more Premier League away goals than Arsenal's tally of 29 this season.

Arsenal
Kieran Gibbs is a major doubt and Alex Oxlade-Chamberlain also needs to be assessed. Santi Cazorla is the only definite absentee.