Arsenal and Brentford can serve up a capital cracker

Hornets may have a sting in the tale for Tottenham 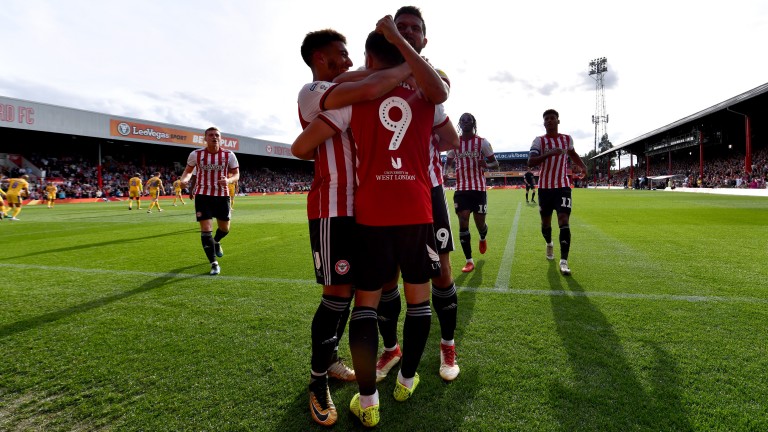 Brentford could play their part in a lively cup tie at the Emirates
Justin Setterfield
1 of 1
By Steve Davies 8:00PM, SEP 25 2018

Unai Emery made changes galore in the Europa League last Thursday night when fans were treated to a barrage of goals against Ukrainian side Vorskla.

Expect the same again from the Arsenal boss against Brentford in the EFL Cup – and expect more entertainment.

The Bees make the short hop across the capital full of beans after an excellent start to their season.

Their 3-1 defeat at Derby on Saturday will have dampened spirits a touch, although punters will have clocked yet another exciting match involving Dean Smith’s troops.

What we saw from Arsenal and Brentford at the weekend was plenty of attacking intent and a genuine cutting edge but also some defensive frailties.

Bet365 allow you to build a bet featuring both teams scoring, over 2.5 goals and over 6.5 corners at 11-10. Brentford top the corner count in the Sky Bet Championship, averaging 7.9 per game. Arsenal boast the third-worst record in the top flight for conceding corners at 6.3 per game.

Elsewhere, there doesn't appear to be a massive gulf between Tottenham and Watford at the best of times, and that seems to be even more the case in the EFL Cup.

It looks apparent that, courtesy of a summer of transfer inactivity, Spurs are light in reserves. Throw in the fact that the tie is being played in Milton Keynes and there’s virtually nothing to suggest having a bet on Maurico Pochettino's mob at 1-2.

Bet on this week's EFL Cup matches at Soccerbase.com