Army Men could have a fight on their hands 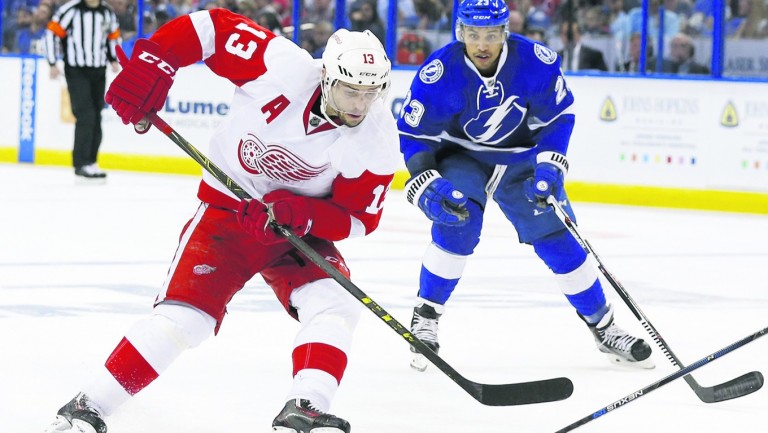 SKA caused a stir in the summer by luring Pavel Datsyuk (left) from Detroit
Mike Carlson
1 of 1
By Adam Scriven 8:00PM, DEC 7 2016

SKA St Petersburg and Dynamo Moscow have lifted the KHL’s Gagarin Cup three times between them in the last five years.

However, while SKA are having a stellar season – they are four points shy of last season’s final tally after just 38 of 60 regular-season games – Dynamo have struggled somewhat.

The Muscovites are a whopping 34 points behind SKA and just four points inside the playoff places.

Dynamo have been going through a purple patch recently, though, winning their last four matches including a shootout win over second-placed CSKA Moscow.

The Blue & White have conceded just one goal in their last three matches and they will believe they can give their old rivals a run for their money.

SKA won the first meeting this season between the teams 3-2 in Moscow three weeks ago. However, Dynamo have won two of the last five encounters in St Petersburg.

SKA have a wealth of scoring talent including ex-NHL superstars Ilya Kovalchuk and Pavel Datsyuk, however their top-scoring defenceman Slava Voynov is out injured.

Dynamo goalie Alexander Yeryemenko is having another great season and could hardly be in better form.

SKA have suffered just two losses in regular time all season and have unearthed a goaltending star of their own in 20-year-old Igor Shestyorkin.

The Army Men are rightly heavy favourites, but Dynamo could make them work for it and could be worth backing to stay within a goal of their hosts at odds-against.