Argyle could be be set for back to back wins 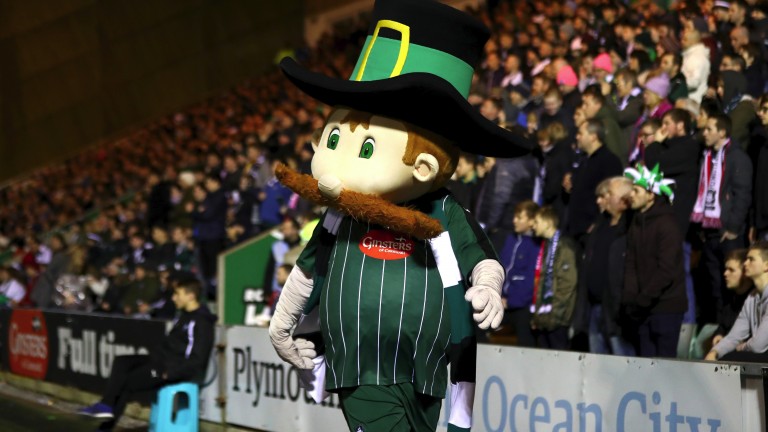 Plymouth v Oxford
Life in Sky Bet League One has been more difficult than promoted Plymouth might have expected by the Devonians climbed off the foot of the table with a 1-0 victory at Bradford last Saturday and they can follow it up with a home win against tenth-placed Oxford.

Improving Argyle are on a six-game unbeaten run but need to do better in their home matches, having taken just five points from a possible 24 at Home Park.

Manager Derek Adams has come in for criticism for a perceived cautious style of play but his tactics have laid the foundations for their recent revival.

Plymouth have kept three clean sheets in their last four games and won at Bradford despite the absence of classy attacking midfielder Graham Carey, who was serving a one-game ban.

In their previous five games Carey had been involved in all of Plymouth's five goals, scoring three of them and assisting the other two.

His return is a major boost for Plymouth but opponents Oxford have been dealt a blow after confirmation that captain Curtis Nelson will miss the rest of the season with an Achilles injury.

Nelson did the damage in last Saturday's 2-1 loss at home to Northampton which extended Oxford's losing sequence to four games.

Pep Clotet's side are only three points adrift of the playoff places but they are going through their worst run of the season.

Three successive defeats have dragged Hull into the Sky Bet Championship relegation scrap and their problems may continue with another poor result against playoff-chasing Ipswich.

Hull have posted just four league victories this season – three of them at home to teams in the bottom four positions – and it is hard to see why they should be fairly warm favourites to defeat an Ipswich side who are eight points above them.

Discontent with Hull chairman Assem Allam has been growing and the poor atmosphere at recent home games has not helped with the Tigers going down 3-2 to Nottingham Forest and 3-1 to Middlesbrough.

They caved in at Sheffield United before the international break – they led 1-0 at the break but lost 4-1 – and manager Leonid Slutsky's hands are tied by a lengthy injury list and a ban for striker Fraizer Campbell.

Ipswich have had some good news on the injury front with creative midfielder Emyr Huws available to make his first appearance of the season and Cole Skuse recovered from a knock.

They have been an inconsistent bunch, winning eight games and losing seven, but have threats up front with Martyn Waghorn on eight goals and Bersant Celina and David McGoldrick weighing in with five each.

A top-ten finish is probably the best the Tractor Boys can hope for but they look in better shape than Hull and can increase the gap between the clubs.

Accrington v Newport
Accrington manager John Coleman apologised to the club's chairman, Andy Holt, after his side crashed out of the FA Cup with a shootout loss at home to National League Guiseley on Tuesday but Stanley are second in Sky Bet League Two and can bolster their promotion hopes with a victory over Newport.

It would have been handy for a club of Accrington's meagre finances to have a longer cup run but Coleman's players will be fired up to atone for that mishap.

Accrington have won their last two home league games and are the second-highest scorers in the division with 30 goals in 17 games.

They look overpriced at odds-against the beat seventh-placed Newport, who have not won in the last four league games and have an injury doubt over star midfielder Joss Labadie.

Notts County v Cheltenham
Notts County have risen to the top of Sky Bet League Two with a no-frills brand of football and their achievements may not be getting they credit they deserve as they prepare to host 16th-placed Cheltenham.

Magpies manager Kevin Nolan, a disciple of the Sam Allardyce methods of management, is already renowned for his attention to detail and it may be the start of a successful coaching career.

In less than a year he has transformed County from relegation strugglers to league leaders and his high-flying team look tasty odds-against favourites to topple Cheltenham, who have posted one win in eight away league games this season.