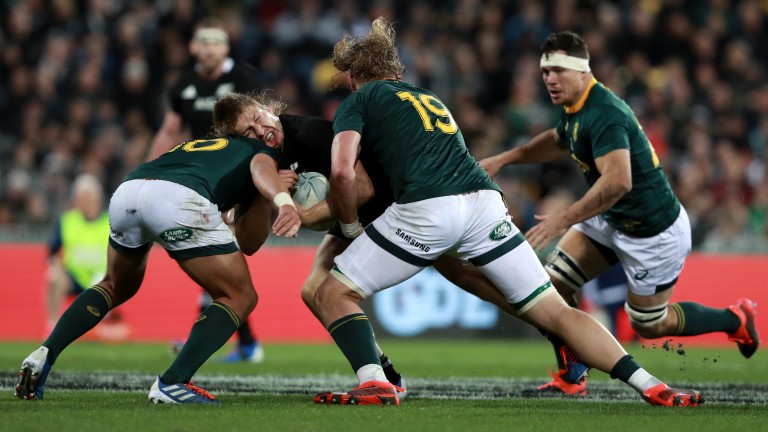 South Africa are top of the Rugby Championship table going into the third and final round of the truncated championship and head coach Rassie Erasmus has named a strong team as he brings his fuill squad together for the first time.

Erasmus sent several first-choice players straight to New Zealand to prepare for their round-two encounter while starting a few fringe squad members in their opening home clash with Australia.

That first fixture ended in a bonus-point win over the Wallabies, and another five-point success will hand the Springboks the Rugby Championship crown, but that might be a big ask in a meeting of two solid defensive line-ups.

The opening two rounds of the Rugby Championship have featured just 146 points in four matches - last year that figure was 209 while in 2017 it was 268.

Erasmus and Pumas coach Mario Ledesma have both shown their hands this year, employing a rush defence to counter the All Blacks' running game, and two physical sides going head to head look set to produce a hard-fought grind.

The Boks' last visit to Argentina in 2018 ended in a defeat in Mendoza, while in Salta, venue for this clash, South Africa has won by eight and two points with a two-point defeat in between.

The Springboks look refreshed under Erasmus and have a strong side out, with a powerful front row and a half-back pairing of the creative Faf de Klerk alongside combative fly-half Handre Pollard.

The should have too much for the Pumas, who have lost their last seven outings, three of them at home, but backing a close, low-scoring success looks the best approach.