"Any club in the world would want shining light Saka" 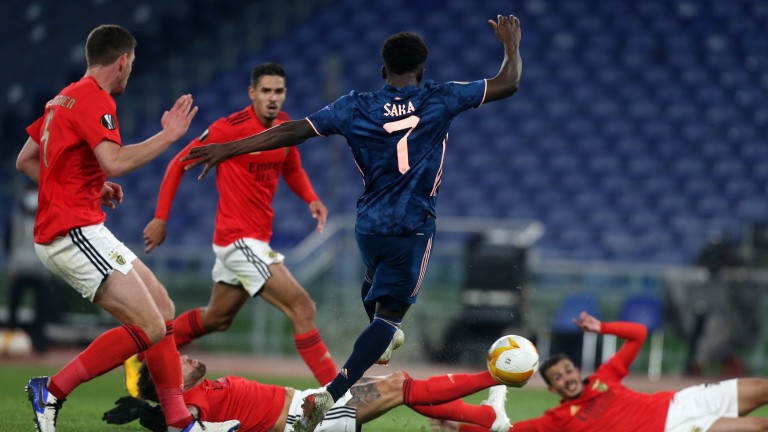 Former Arsenal defender Nigel Winterburn believes the Gunners have a star on their hands in Bukayo Saka.

Speaking to FreeSuperTips.com, Winterburn praised the 19-year-old and talks up his chances of making the England squad for the European Championships.

"With what Bukayo Saka has done over the last 18 months, there is no reason why we wouldn’t mention his name among some of the best
young players in world football," he said.

"The emergence of Saka, from where he’s come from in his development has been huge, and he can continue to make giant leaps going forward. If he was offered to any club in the world, they would take him.

"He would absolutely have to be in the England squad for the Euros this summer. Quite simply because of his performance levels, but also because you’ve got a player who can play in three or more positions. Saka can play left-back, left-wing back, he can play on either side of midfield," Winterburn added.

"He’s already shown that he can do that to a high level, and there aren’t too many players that are able to do that," he said.

"Hopefully Saka’s rapid development will spur on teammate Joe Willock to do the same while he is on loan at Newcastle.

"It will be an exciting challenge for him and the experience will tell us everything we need to know about him in quite a short period of time. He needs to be playing to be properly judged.

"One player whose quality is not in question is Pierre-Emerick Aubameyang and it was great to see him playing with a smile on his face again against Leeds.

"During the Leeds game, it was clear to see his energy levels were completely different to what we’ve seen this season. It’s always pleasing to see a player of his quality coming back to the form that we know he has.

"But we can’t hide from the fact that this season has been a struggle for him. Hopefully, we’re going to see the type of form that he showed against Leeds during the rest of the season because that’s what Arsenal need if they are to finish the season strongly."

"They still have an outside chance of securing a European place but another of my old clubs, West Ham, are in a much stronger position at present.

"Time will tell whether they will finish in a European position, but they’re certainly showing the form that is going to put a lot of pressure on teams around them. However, a couple of injuries to their squad would disrupt their season greatly.

"They’re certainly good enough to finish in a high position and they’ve given themselves a great chance – but I think they might just
miss out."

Nigel Winterburn was speaking to FreeSuperTips.com