Antonio Conte's Blues can bounce back in good style 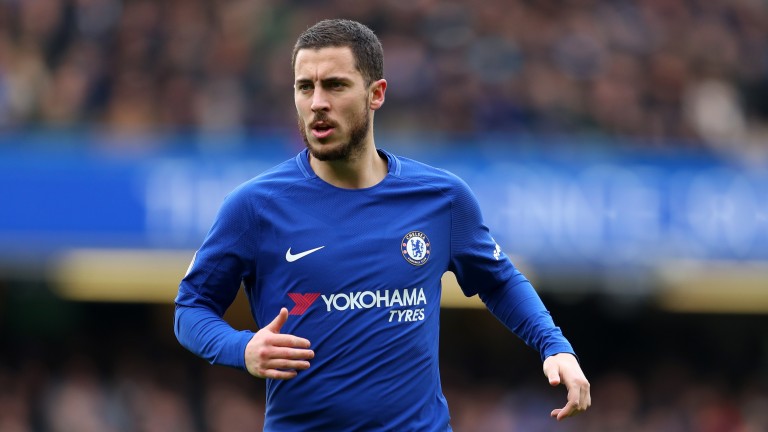 If the betting is correct this will be Antonio Conte's last Premier League London derby as Chelsea manager and if it is to be the final fling the Blues boss could go out swinging against West Ham at Stamford Bridge.

Conte, long odds-on not to be Chelsea manager next season, has had a miserable time of it against the capital's other clubs this term and last week's 3-1 reverse to Tottenham has made it extremely difficult for them to qualify for next year's Champions League.

Revenge could potentially come in the FA Cup final as Chelsea and Spurs were kept apart in the semi-final draw, although the Blues were knocked out of the League Cup by Arsenal and failed to beat the Gunners in this season's Premier League.

Chelsea have also lost at West Ham and Crystal Palace in their season of relative struggle, but generally speaking Conte's 2016-17 champions have been reliable in overcoming weaker opponents at Stamford Bridge.

Going into this round of fixtures, Chelsea had beaten every bottom-half side at home and they played an excellent first 45 minutes against Spurs last week before Christian Eriksen's thunderbolt changed the game.

The Blues should find West Ham more forgiving opponents and a bet on the hosts to win in a match featuring over 2.5 goals could be the best way of supporting the strong favourites.

That suggests David Moyes could struggle to formulate a plan which nullifies Chelsea's biggest attacking threats Eden Hazard and Alvaro Morata and the Hammers were also in horrible nick prior to last week's much-needed 3-0 win over Southampton.

Their 4-1 loss at Liverpool was easier to forgive than the defeat by the same score at Swansea or the 3-0 home reverse at the hands of Burnley which was overshadowed by crowd trouble.

Those heavy hammerings followed the theme of the season as West Ham tend to sink when they lose. They have conceded at least three goals in 12 of their 14 defeats this term.

However, the Hammers will fancy their chances of at least notching at the Bridge having scored at Manchester City, Liverpool and Spurs in this season's Premier League.

Marko Arnautovic was the match-winner in the reverse fixture as he opened his account for the season in that December upset - the maverick Austrian has since added a further eight to his tally.

Team news
Chelsea
Thibaut Courtois and Pedro are expected to return, while Ross Barkley is on his way back towards full fitness. David Luiz and Ethan Ampadu remain sidelined.

West Ham
Javier Hernandez returns from illness and there is a chance Manuel Lanzini will be back in the squad. James Collins, Andy Carroll, Sam Byram, Winston Reid, Pedro Obiang and Michail Antonio are out.

Key stat
West Ham have scored in each of their last six matches against Chelsea.