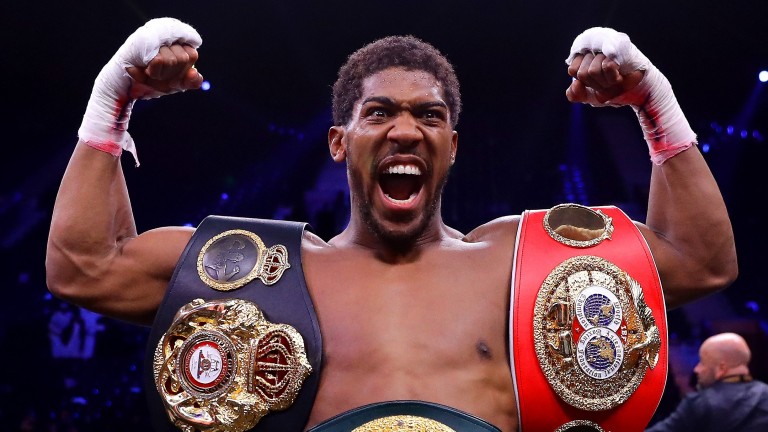 Unified heavyweight world champion Anthony Joshua steps back into the ring on Saturday night for the first time in 12 months and fireworks are expected.

Joshua faces IBF mandatory challenger Kubrat Pulev in a fight he was forced to take in order to keep the belt. But this is a fight that should pose very few problems for the Watford fighter and he is rightly chalked up as a short-priced favourite.

The WBA, WBO, IBO and IBF champion could face WBC holder Tyson Fury next year in a blockbuster undisputed bout, but he must first negotiate a way past his 39-year-old opponent at the SSE Arena in Wembley.

This is Joshua's first bout in Britain since he knocked out Alexander Povetkin in spiteful fashion in the seventh round at Wembley Stadium in 2018, and this contest is fancied to unfold in a similar fashion.

AJ was guilty of a lack of focus when he took on Andy Ruiz Jr last year in America and suffered a shock defeat, but lessons have been learnt and it's unlikely that we will ever see complacency from him againe.

Frailties were exposed in that fight at Madison Square Garden but had he been more patient when looking to finish Ruiz, he might not have been stunned by the Mexican's counter.

Joshua went away and rebuilt to produce a smart and measured performance in the Saudi Arabia rematch last December to comfortably regain his titles and become a two-time world champion.

Having been out of the ring for so long and with the Fury fight potentially resting on a win here, that same smart and measured approach may be what we see from the 31-year-old powerhouse early on.

Similar to Joshua, Pulev has suffered just one loss in his professional career, a career consisting of 29 fights and spanning more than a decade.

However, the experienced Bulgarian is slow and has racked up plenty of mileage. The longer the fight goes on, the less of a threat he will be.

Pulev possesses a strong left jab and a heavy right hand, but those are two weapons Joshua can negate early on with his speed, size and reach advantage before getting to work.

Despite being stunned in New York when brashly rushing in to finish Ruiz, Joshua remains one of the best finishers in the sport of boxing and, when the time is right, he is expected to produce another sensational knockout.